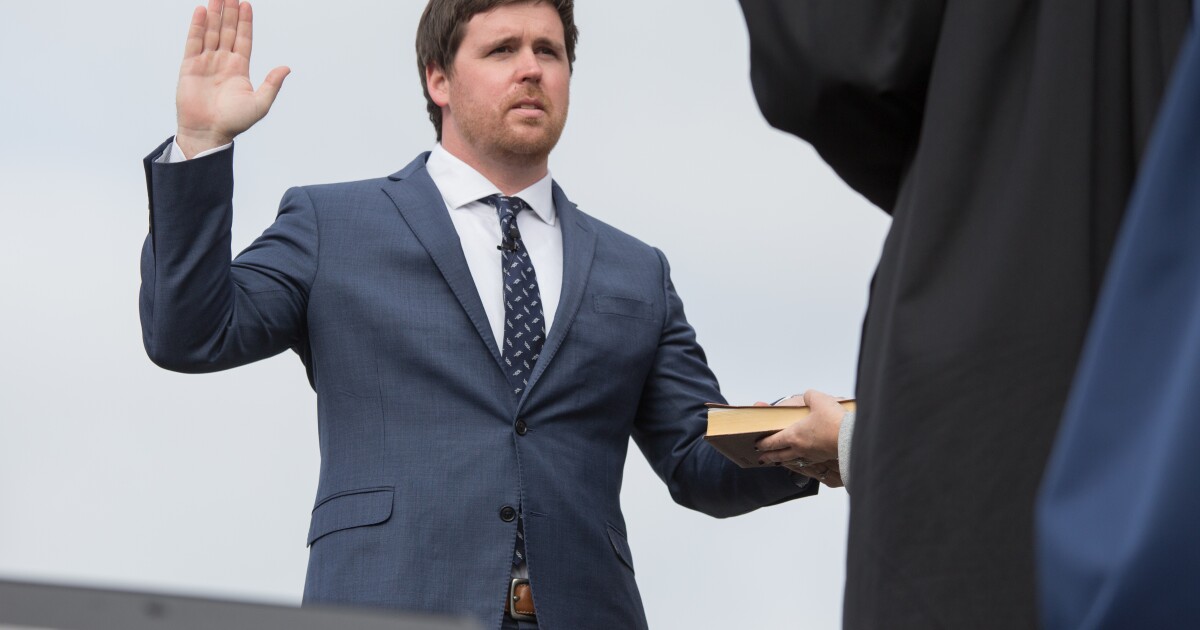 State Treasurer Scott Fitzpatrick is the latest guest on Politically Speaking, where he talked with St. Louis Public Radio’s Jason Rosenbaum about a ballot item that could bolster his office’s ability to invest the state’s money.

Fitzpatrick is a Republican who was easily elected to a full four-year term last year. He was appointed to his post in 2019 after spending about six years in the Missouri House, including a lengthy stint as House Budget Committee chairman.

Here’s what Fitzpatrick discussed during the show:

Fitzpatrick served three full terms in the Missouri House, including two years as chairman of the powerful Budget Committee. Gov. Mike Parson appointed him treasurer in early 2019 after Eric Schmitt was picked to be attorney general.

Fitzpatrick is a native of Shell Knob, a community about 40 miles from Branson. He started a dock-repair business while he was in high school, a company that grew dramatically while he was in college.

His name has been floated as a potential candidate for state auditor and the U.S. Senate. Fitzpatrick said he’ll make a decision on whether he’s running for anything in 2022 in the coming days. He can run for another office next year and remain state treasurer if his campaign is unsuccessful.

The word of the day is "upskill." You'll probably be hearing a lot of it when it comes to employers as they provide additional training for their staff."This is an employee market now," said Christine … END_OF_DOCUMENT_TOKEN_TO_BE_REPLACED

All through his campaign for the presidency, candidate Joe Biden promised as president that he would use every tool at his disposal to curtail private gun ownership. As recently as April, President … END_OF_DOCUMENT_TOKEN_TO_BE_REPLACED

The Sports Castle building in Denver. (Photos courtesy of Non Plus Ultra) A California-based firm is looking to bring life to some of Denver’s more prominent vacant structures, but only for a limited … END_OF_DOCUMENT_TOKEN_TO_BE_REPLACED