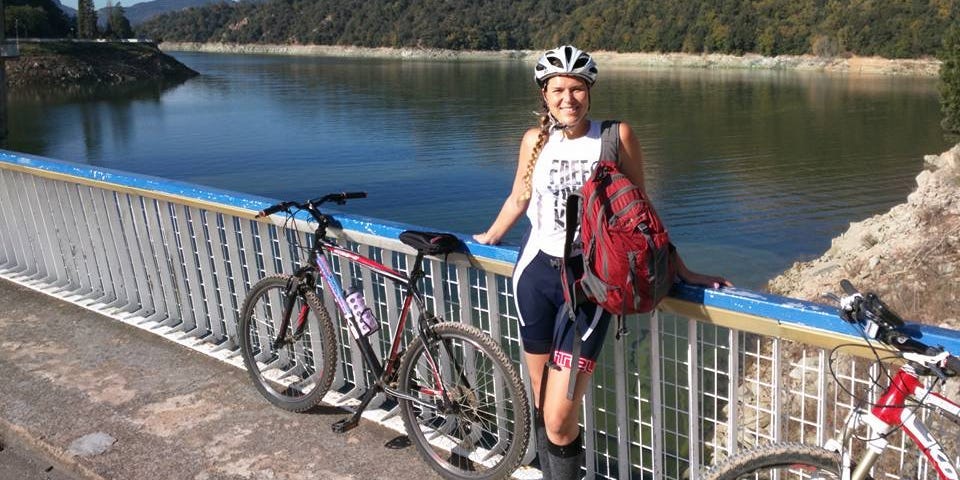 Zeona McIntyre is on track to pocket around as much as $50,000 this year from Airbnb.

McIntyre owns five apartments in Colorado and Missouri that she rents out on the short-term rental platform from $50 to $200 a night to everyone from digital nomads to pandemic transplants.

The 34-year-old real-estate investor is now able to spend winters in Hawaii using her earnings from Airbnb (plus income from a few small side hustles).

McIntyre’s journey to making a living off Airbnb began humbly nine years ago.

Like many young adults, she couldn’t afford to buy a home in her mid-20s. So she used a strategy called rental arbitrage: In its simplest terms, that means renting an apartment and then — as the leaseholder and not the landlord — renting it out to other people via short-term rental platforms like Airbnb or VRBO (short Vacation Rental By Owner).

The income generated that way effectively allowed McIntyre to live for free. She was then able to save up to buy an apartment to rent on Airbnb, which led to more income. That, in turn, allowed her to purchase more apartments to list on the site and expand her mini-empire from her home base of Boulder to St. Louis.

She started by renting out her extra bedroom.

In 2012, McIntyre, who was a college student and working at a cannabis dispensary, listed a furnished room in her two-bedroom apartment on Airbnb.

She found takers willing to pay anywhere from $45 to $75 a night; the proceeds eventually enabled her to live rent-free.

“I got to a point when I was covering the whole rent of the property,” she told Insider. “But it wasn’t like I was making crazy money.”

Over the next two years, as Airbnb’s popularity grew, she continued to try out the rental arbitrage strategy in Boulder.

She would lease two apartments at a time, sleeping at whichever one wasn’t booked by Airbnb guests. If both were booked, she’d stay with friends.

McIntyre warned that not all landlords are comfortable with this kind of subleasing — and some leases expressly prohibit it. Getting caught listing a unit on Airbnb without permission could get you evicted.

People who want to rent an apartment and then list it on Airbnb should be upfront with their landlords, she sad. When pitching the idea to them, she added, write a cover letter with three reasons why the landlords should say yes: Say the home will be professionally cleaned multiple times a month; agree to a long lease and a 2% to 4% automatic rent increase every year; and promise to take care of all repairs under $200.

Some landlords will say no, she said, but some will say yes.

She saved enough money to buy an apartment to list on Airbnb.

By 2014, McIntyre had saved enough to purchase a $162,000 one-bedroom apartment in central Boulder to rent to out on Airbnb.

Owning her own property eliminated the need to convince landlords to allow rental arbitrage.

Other perks of owning include the ability to build equity, possible tax deductions, and having a set monthly payment that isn’t at risk of increase like rent.

The units that McIntyre bought generated enough money via Airbnb to allow her to continue investing.

In 2016, she purchased another home in St. Louis, Missouri, after visiting the area for a wedding. The three-bedroom single-family home she bought for $72,000 had a monthly mortgage payment of $333. She rented one of the rooms to a long-term tenant and put the other two on Airbnb.

The key to the property’s success was its location in an area called University City, which was attractive both to patients traveling from out of town for medical procedures at the local hospitals and to academics attending events at Washington University.

While she eventually sold that property, she used the money she’d been saving to continue investing in University City.

One property turned into five.

Today, McIntyre has five properties listed on Airbnb in St. Louis, Boulder, and Colorado Springs. Their prices range from just over $50 a night to $200 a night.

She furnished most of the units with affordable pieces from places like Craigslist, thrift stores, and Facebook Marketplace. New items are purchased from Ikea.

“I enjoy it,” McIntyre said of the hunt for secondhand gems. “I have furnished three places by finding people who are moving and buying their stuff.”

Some of her apartments must be rented for a minimum of one month at a time because a handful of cities and towns around the US have cracked down on — and in some cases banned — short-term rentals. That’s why McIntyre recommends carefully reading the regulations of any municipality before investing in a property with the goal of listing it on a platform like Airbnb.

She pocketed $40,000 from Airbnb last year despite the pandemic.

During the early days of the pandemic, McIntyre told Insider, Airbnb bookings took a hit. Starting around March 12, most guests canceled their stays.

About two weeks later, though, bookings began picking up again. And as the pandemic raged in, they actually became more frequent — in part because people returning from out-of-town trips needed isolated places to quarantine. In addition, people living in small spaces wanted to rent bigger ones to get through lockdown.

From March 2020 to March 2021, after paying her expenses, McIntyre pocketed around $40,000 from her Airbnb listings. One of the biggest misconceptions people have about Airbnb is that it will make them a ton of money, McIntyre said, but there are many costs that chip away at the profit.

She profited despite the high costs of maintaining her properties.

In 2019, for example, she spent close to $19,000 on utilities. McIntyre’s other major expenses include mortgage payments and cleaning crews. She also pays for property management software, which helps her message with potential renters and suggests pricing.

But despite the expenses, McIntyre’s Airbnb rentals have given her a cushion of passive income that allows her to do things like winter in Hawaii. The Maui native is able to run her Airbnb rentals largely from her phone.

McIntyre’s success as a real-estate investor has inspired her to pass her knowledge along to others. As a side hustle, she runs a $99-an-hour financial bootcamp and $350-an-hour consulting course for people interested in investing in real estate, usually through Airbnb.

Ginnie Mae’s outstanding mortgage-backed securities portfolio grew for the 13th consecutive month in July, hitting $2.252 trillion, up from $2.229 trillion in June and $2.117 trillion one year ago. … END_OF_DOCUMENT_TOKEN_TO_BE_REPLACED

New Western, the largest national private marketplace for fix-and-flip residential investment properties, announced today that the company has made homeownership accessible for more Americans by … END_OF_DOCUMENT_TOKEN_TO_BE_REPLACED

The newest national survey of new homeowners commissioned by U.S News & World 360 Report Reviews found that a majority of new homeowners who purchased a home since the beginning of 2021 reported that … END_OF_DOCUMENT_TOKEN_TO_BE_REPLACED

A $30 million funding package is backing construction of a 228-unit apartment complex in Rogers. STL 2 Rogers LLC, an affiliate of Missouri-based developer Mia Rose Holdings, secured the loan from … END_OF_DOCUMENT_TOKEN_TO_BE_REPLACED