America is the world’s biggest economy and the cost of living is obviously very high. However, prices vary across different regions in the U.S. If you ever thought about which are the cheapest states to live in the USA then we will try our best to assist you in our article today.

Due to the steep rise in home prices and ever-changing job opportunities, many Americans are now looking out for movement from expensive, overpriced cities to more affordable places to live.

The meaning of affordability might differ from person to person however we have considered few variables like home prices which are below the national average and general expenses like transportation, grocery, health care, and utility costs to compile this list of cheapest states in the USA to live in.

Cheapest States to Live in the USA – Cost of Living 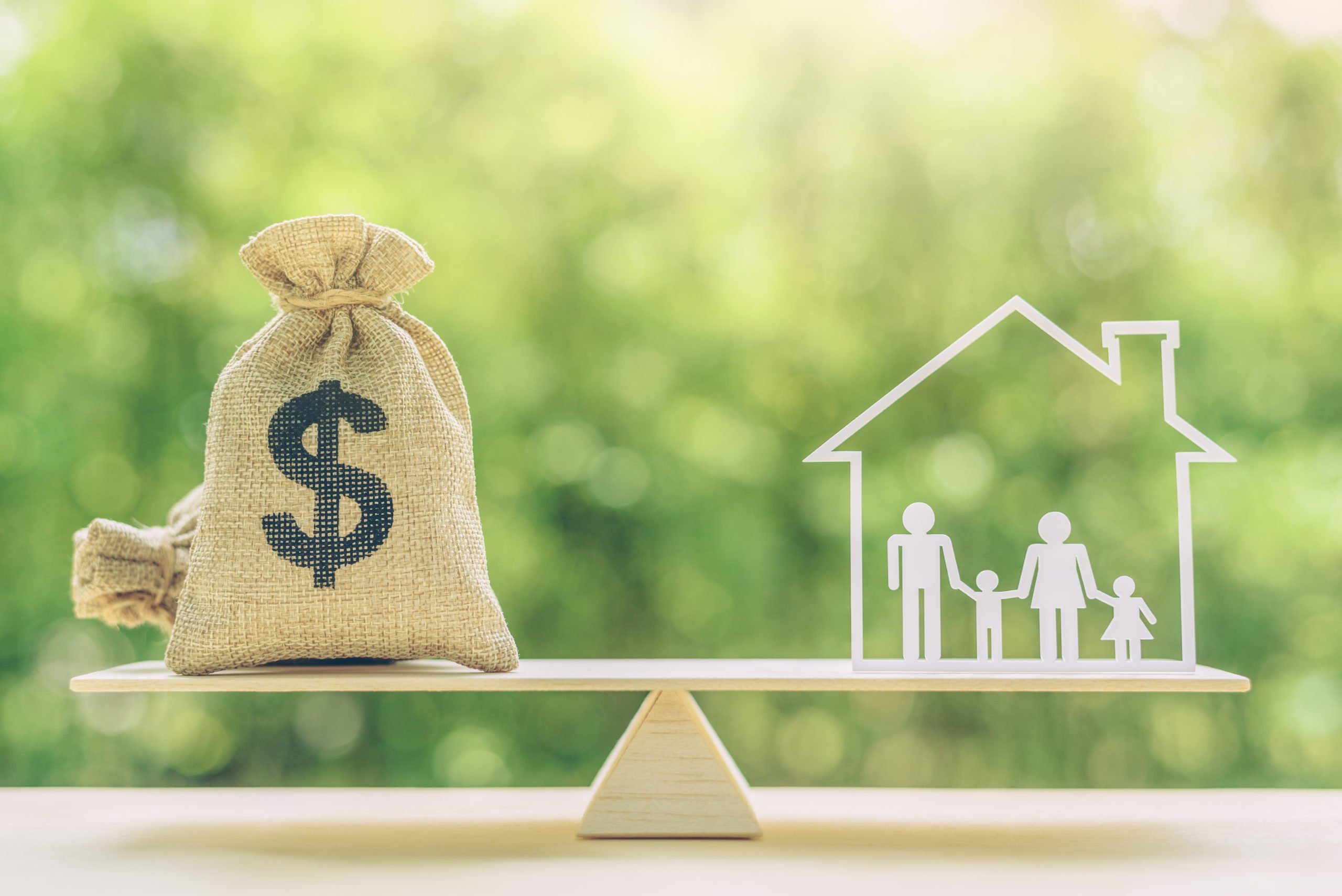 As per the latest research done by the Council for Community & Economic Research, Mississippi is the most affordable state in the USA that has the lowest cost of living compared to the national average.

The cost of living is basically the minimum amount of money required to maintain a certain standard of living. The basic requirement for human needs like housing, food, and healthcare are considered to arrive at cost of the living parameter. The cost of living in a state is directly proportional to states’ per capita personal income.

Depending on how far the dollar goes in a state so does the deviation in the cost of living between states. For example in Arkansas state 1 dollar spent on rent is worth $1.58 in value whereas in Hawaii state it is worth $0.61. The common factor in most of the states with the lowest cost of living is they are from the southern region of the USA.

Below is the list of the Ten Cheapest States to Live in the USA. 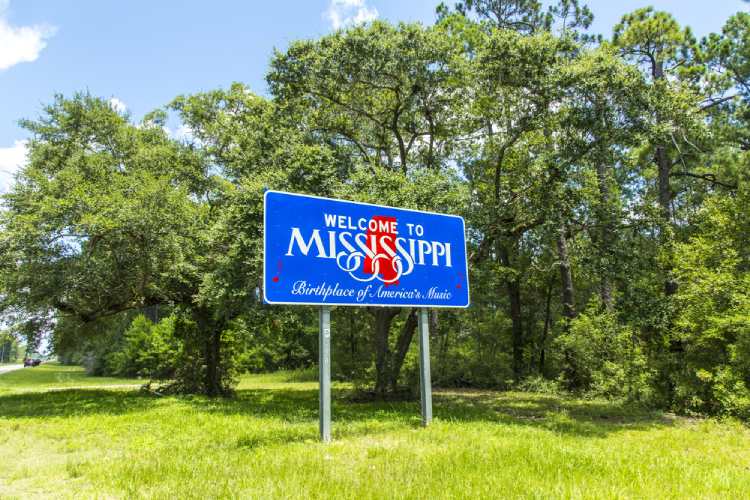 Housing costs in Mississippi are around $795 a month whereas childcare costs $239 a month. Many necessities including food, health care among others fall under the least expensive categories in the nation. 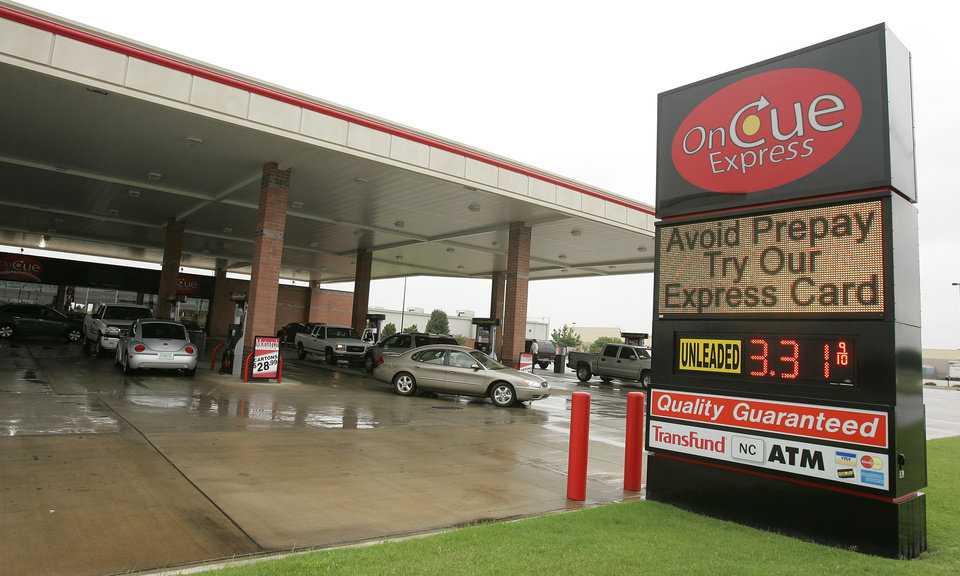 Oklahoma is the second state with the lowest cost of living in America. Housing cost is one of the lowest in the country wherein it costs just $879 per month to rent a two-bedroom apartment. 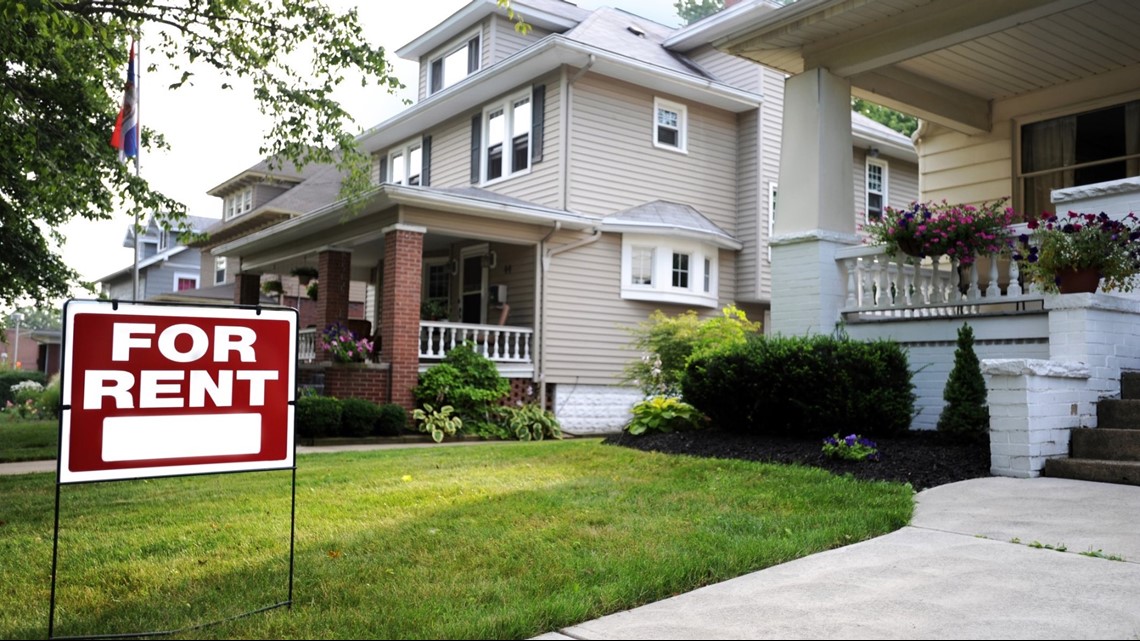 Arkansas ranks third in our list of cheapest states to live in the USA. Residents of Arkansas spend about $708 a month on housing rent which is almost 50% less compared to what many people pay in other states.

The average home cost in Arkansas is $128,800. The median salary of Arkansas residents is also the second-lowest in America. The living wage in Arkansas is just $49,970. Daily utilities, food, and other expenses are also very less in Arkansas compared to the national average.

Kansas is the fourth most affordable state in America. Kansas’s cost of living is approximately 12.1% less than the national average. The average resident makes just about $41,644 per year. The average home cost in Kansas is $137,700 and a two-bedroom apartment rental cost works out to be around $821 per month. Daily home needs like milk cost just $1.39 for half-gallon and a pound of ground beef costs $3.79. 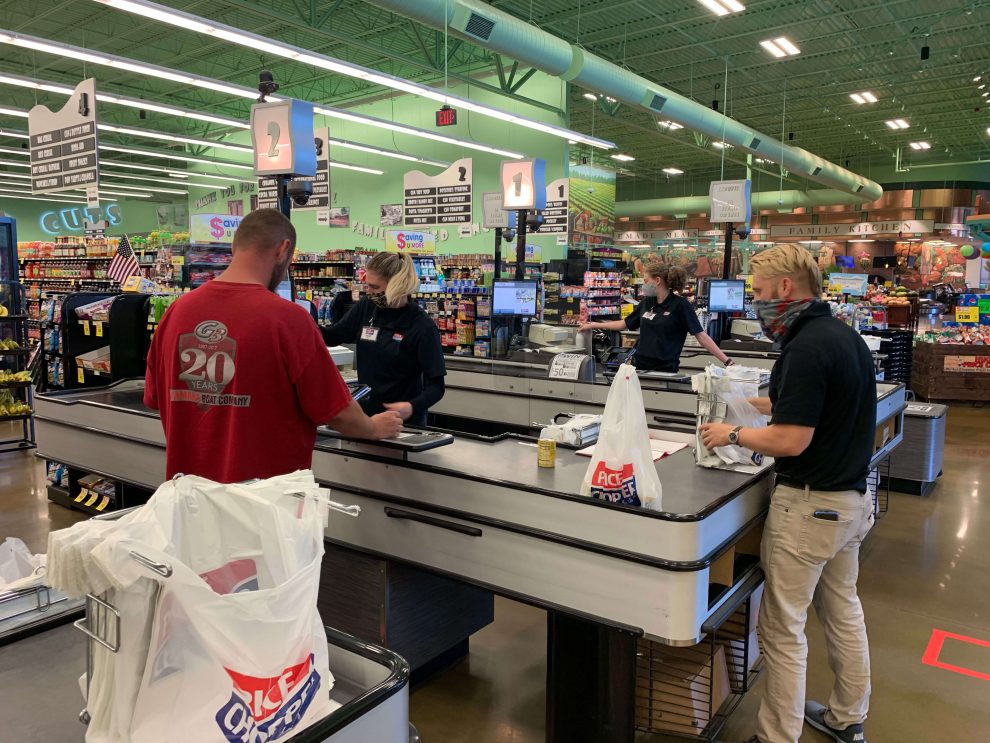 Missouri is the fifth-least expensive state in the USA. The lowest real estate prices in the country can be found in the city of Joplin in Missouri. A standard 4 bedroom home costs approximately $200,000. Groceries prices are very less in Missouri for example a dozen eggs cost just $1.32 in Joplin city.

Georgia ranks sixth in our list of cheapest states to live in the United States. The average median household income in Georgia is $56,183. The typical median home value cost is $180,679. Other than Atlanta city, the rest of the Georgia state’s rent prices are less than the rest of the country. Daily household grocery items and gas prices are also well below the national median. 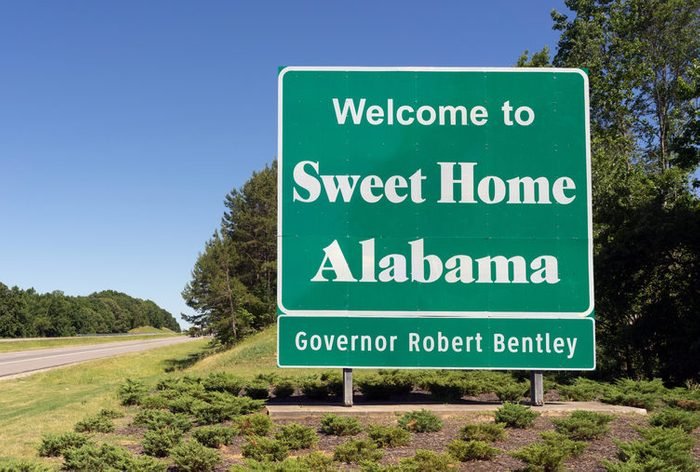 Alabama is the seventh cheapest state to live in the US. Taxes in the state of Alabama are relatively high however housing cost is less compared to other states. The average rent is just $698 for a two-bedroom apartment. A living wage in Alabama is $50,585.

New Mexico is the eighth most affordable state to live in U.S. Grocery prices are almost the same as other states but utilities and housing are significantly lower. The median cost of a home in New Mexico is $193,200 and the rental cost is just $762 per month for a two-bedroom home. 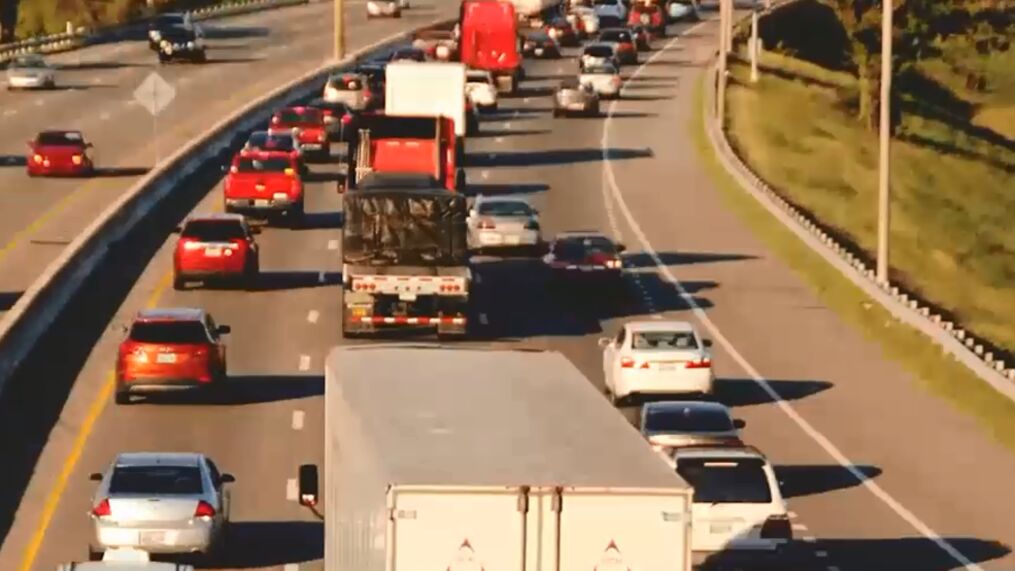 Tennessee ranks ninth in our list with a living wage of $50,152 which is the highest compared to others states mentioned in the list. Taxes in Tennessee are very low. Transportation costs are about 12.3% below compared to other states in the USA. 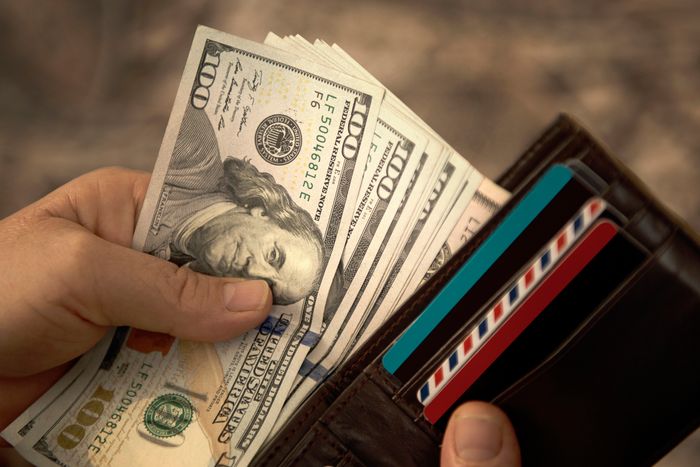 Indiana state is the tenth cheapest state to live in the USA. Living index cost in Indiana state is 90.4 which implies that the overall cost of living is 9.6% less than the national average.

The housing index score is one of the lowest at 76.5 in Indiana where a two-bedroom apartment rent is approximately $750 per month. The average cost of a median home is little more than $170,000.

Share your thoughts in our comments section if you live in any of the above states in the USA!

Kawasaki Motors Manufacturing Corp., U.S.A. will expand its operations in Missouri by opening a manufacturing facility in Boonville and creating more than 270 new jobs in the area. The new facility … END_OF_DOCUMENT_TOKEN_TO_BE_REPLACED

Swift Prepared Foods cuts the ribbon on a new bacon facility in Moberly, Missouri. The company invested $68 million in this facility and is currently building a $185 million meat facility in Columbia, … END_OF_DOCUMENT_TOKEN_TO_BE_REPLACED

Schnuck Markets Inc. plans to open its 112th store March 23 in Columbia, Mo., which will be the fourth mid-Missouri location, joining two others in Columbia and one in Jefferson City. The new store … END_OF_DOCUMENT_TOKEN_TO_BE_REPLACED