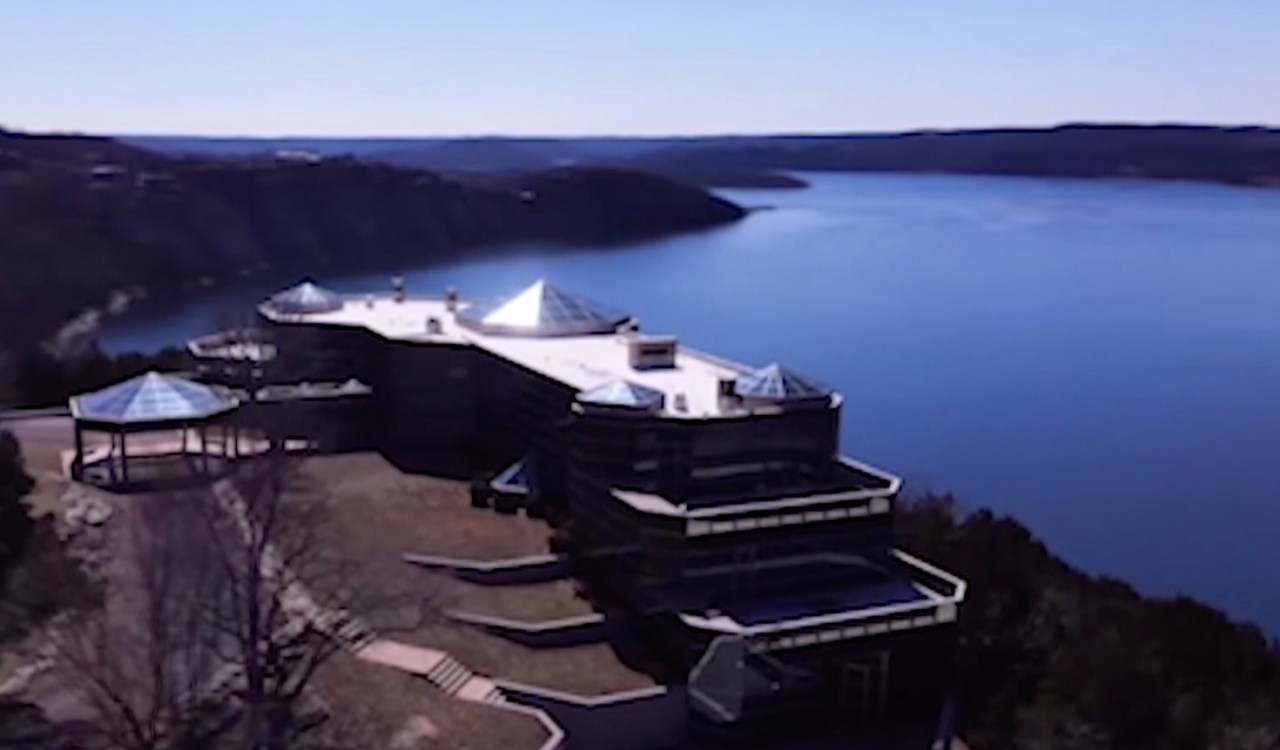 BRANSON, Mo. – A massive home is on the market for $80 million. The 30,000 square-foot mansion is called the Evergreen Crystal Palace. It has room for 20 cars in the garage, a helicopter landing pad, and nearly a dozen themed bedrooms.

Missourian Robert Plaster, who founded Empire Gas Corporation, told friends that he took offense to an out-of-towner who expected a hillbilly experience at the lake. So he built the Crystal Palace.

You will find a time machine to the luxury of the 1990s inside. There is also an unbelievable view of Table Rock Lake, revealing a home for entertaining, with three baby grand pianos.

Tons of green marble wrap the fireplace and stairs in the main atrium. The chandelier is a show stopper, both unique and massive.

There’s a full bar, massive pool table, and an indoor shooting range that doubles as a panic room. It has a bulletproof window, lock, and door. Yes, there is a pool.

The real estate broker told us he came out of retirement to sell the property after Robert Plaster’s son had a sudden illness and didn’t want to leave unfinished business for his children.

Plaster was a well-known philanthropist. The millions from this home sale will fund many scholarships for students at five colleges.

The word of the day is "upskill." You'll probably be hearing a lot of it when it comes to employers as they provide additional training for their staff."This is an employee market now," said Christine … END_OF_DOCUMENT_TOKEN_TO_BE_REPLACED

All through his campaign for the presidency, candidate Joe Biden promised as president that he would use every tool at his disposal to curtail private gun ownership. As recently as April, President … END_OF_DOCUMENT_TOKEN_TO_BE_REPLACED

The Sports Castle building in Denver. (Photos courtesy of Non Plus Ultra) A California-based firm is looking to bring life to some of Denver’s more prominent vacant structures, but only for a limited … END_OF_DOCUMENT_TOKEN_TO_BE_REPLACED