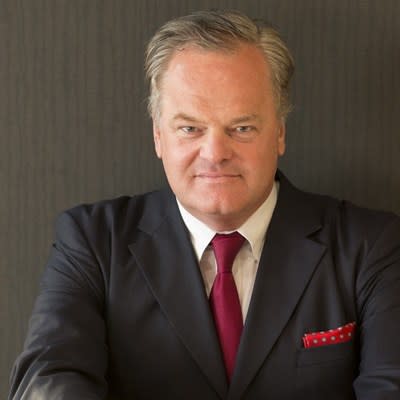 RIVIERA MAYA, Mexico, June 8, 2021 /PRNewswire/ — Robert-Jan Woltering has been promoted to Regional Vice President of Mexico and Central America for Accor Luxury Brands. In his new role, he will uphold consistent operational standards and maintain the highest levels of service excellence at all Accor luxury hotels in the region. Robert is also responsible for overseeing operations and hotel openings, such as introducing the SO/ brand to the region with the upcoming opening of SO/ Los Cabos Hotel & Residences, and the opening of Fairmont Costa Canuva in the Riviera Nayarit within the next few years. In addition, he will continue in his current role as the General Manager of Fairmont Mayakoba.

Robert-Jan Woltering has been promoted to Regional Vice President of Mexico and Central America for Accor Luxury Brands.

“I am proud yet humbled for my new role, and I am looking for opportunities to contribute to the growth of our luxury brands with new openings and strategic partnerships in the years to come,” said Robert-Jan, Regional Vice President of Mexico and Central America for Accor Luxury Brands.

Robert-Jan brings a wealth of hospitality experience amassed over 35 years, holding multiple executive positions across five continents. A world traveler, his appreciation and respect for different cultures and his ability to speak five languages and lead teams with diverse management styles in several countries, have been instrumental to his success.

Robert-Jan started his journey with Accor in 1995 as Food & Beverage Manager at the Sofitel Luxembourg. Since then, he has worked in various capacities at numerous properties, including Regional Vice President for Fairmont and Raffles Hotels in the United Arab Emirates, as well as General Manager of prestigious hotels, such as the renowned Raffles Singapore, Fairmont Kea Lani, Fairmont Dubai, Sofitel Germany and Sofitel Legend in Amsterdam, to name a few. Most recently, Robert-Jan was the Area General Manager Accor Luxe Mexico and General Manager of the Fairmont Mayakoba.

Originally from the Netherlands, Robert-Jan considers himself a citizen of the world with an innate love of learning and travel. In addition to speaking his mother tongue, Dutch, he is also fluent in English, German and French, with basic proficiency in Arabic. He attended the Hotel School The Hague, Institute of Hospitality Management, and remains committed to his education and professional development. Recently, he earned his Hotel Real Estate Investments and Asset Management Certificate from Cornell University in 2019. In his free time, Robert enjoys spending time with his wife and two children.

About Fairmont Mayakoba, Riviera Maya
Nestled in the heart of the Riviera Maya, Mexico, the 401-room Fairmont Mayakoba is a AAA Five Diamond resort set on 45 acres, within a private luxury community. Surrounded by a lush mangrove forest intersected by water canals, the property offers over 46,000 sq. ft. of indoor and outdoor meeting space, an energizing Willow Stream Spa featuring 20 treatment rooms, and El Camaleón Golf Course, host to the only official PGA TOUR event in Mexico. A dedication to a green philosophy has earned Fairmont Mayakoba the Rainforest Alliance verification among other eco-accolades. For reservations contact your Travel Agent or Meeting Planner, call 1(800) 540 6088 or email myk.reservations@fairmont.com, or visit fairmont.com/Mayakoba or follow Fairmont Mayakoba on Twitter, Facebook, Linkedin, and Instagram.

About Accor
Accor is a world leading hospitality Group consisting of more than 5,100 properties and 10,000 food and beverage venues throughout 110 countries. The Group has one of the industry’s most diverse and fully-integrated hospitality ecosystems encompassing luxury and premium brands, midscale and economy offerings, unique lifestyle concepts, entertainment and nightlife venues, restaurants & bars, branded private residences, shared accommodation properties, concierge services, co-working spaces, and more. Accor also boasts an unrivalled portfolio of distinctive brands and approximately 260,000 team members worldwide. Over 68 million members benefit from the company’s comprehensive loyalty program ALL – Accor Live Limitless – a daily lifestyle companion that provides access to a wide variety of rewards, services, and experiences. Through its Planet 21 – Acting Here, Accor Solidarity, RiiSE, and ALL Heartist Fund initiatives, The Group is focused on driving positive actions through business ethics, responsible tourism, environmental sustainability, community engagement, diversity, and inclusivity. Founded in 1967, Accor SA is headquartered in France, and publicly listed on the Euronext Paris Stock Exchange (ISIN code: FR0000120404), and on the OTC Market (Ticker: ACCYY) in the United States. For more information visit group.accor.com or follow Accor on Twitter, Facebook, LinkedIn, and Instagram.

The word of the day is "upskill." You'll probably be hearing a lot of it when it comes to employers as they provide additional training for their staff."This is an employee market now," said Christine … END_OF_DOCUMENT_TOKEN_TO_BE_REPLACED

All through his campaign for the presidency, candidate Joe Biden promised as president that he would use every tool at his disposal to curtail private gun ownership. As recently as April, President … END_OF_DOCUMENT_TOKEN_TO_BE_REPLACED

The Sports Castle building in Denver. (Photos courtesy of Non Plus Ultra) A California-based firm is looking to bring life to some of Denver’s more prominent vacant structures, but only for a limited … END_OF_DOCUMENT_TOKEN_TO_BE_REPLACED