Dennis Gates is chomping at the bit for the ball to be tipped against Southern Indiana on Nov. 7. Mizzou’s first-year head men’s basketball coach hopes to revive the Tigers’ program on the court and in the stands, classroom and community.

“One reason I chose to come here is because of our potential to sell out Mizzou Arena in a snap. It’s a snap away,” Dennis says. “We’re so close to selling it out. I don’t want to just sell out when Kansas comes to town, I want to every game. You need that jam-packed atmosphere when you’re trying to hang up banners and cut down nets.”

Dennis was hired in March to be Mizzou’s 20th men’s head basketball coach. He brings with him two decades of coaching experience, most recently turning around a struggling Cleveland State program in three years.

He inherited his passion for basketball from his coaches at a young age. After a four-year college career at Cal, he was hoping to make the next step, but torn ligaments slowed that. He wasn’t sure what his future entailed. He’d taken admissions tests for graduate, medical and law schools, but still had a passion for basketball.

“I’m hurt so I’m just rebounding for friends in the gym and the late great Boston Celtics legend Dennis Johnson asked me ‘What are you going to do?’ ” Coach Gates says. “I wasn’t sure what country I was going to play in or if I was going to try the G League (NBA’s developmental league). He responded, ‘No, no, no. What do you want to do when it’s all said and done, the inevitable?’ He was an assistant with the Clippers at the time and created an internship for me.”

He returned to college as a graduate assistant and assistant coach before taking the reins at Cleveland State. “The perception of Cleveland State at the time was that it was a bad job,” he says. “But I’ve learned through my mentor Leonard Hamilton that there’s no such thing as a bad job. But there are great opportunities and situations.”

Dennis led the Vikings during the pandemic to a 50-40 record, including 39-19 in the final two years. There were job offers after each season, however he was waiting for the right one, which he got when Mizzou came calling.

“You think about the tradition here and Norm Stewart’s name automatically popped into my head,” Dennis says. “Norm and all of the great players he had are one of the many reasons that logo shines so bright. Then I looked at the geographic location of Columbia and the conference. That’s part of what makes Mizzou special.”

Dennis put together a staff and brought in transfer student-athletes to fill out the roster. He says the heart of his team is built on eight core values long before the first fan walks into Mizzou Arena. Those are love, accountability, trust, discipline, unselfishness, enthusiasm, togetherness and toughness. “That’s how we connect ourselves with winning championships in three areas: in the classroom, on the court and in the community,” he says. 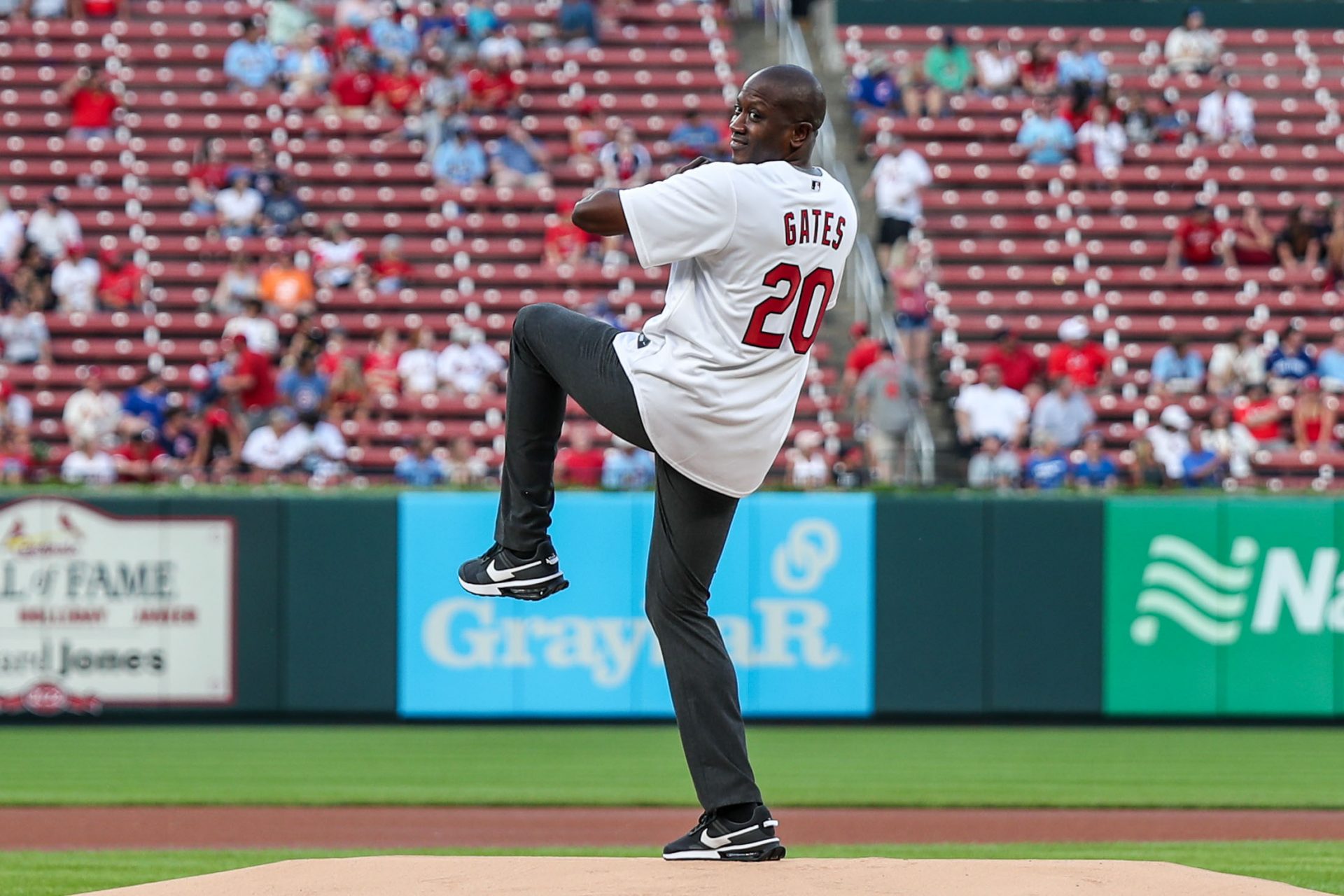 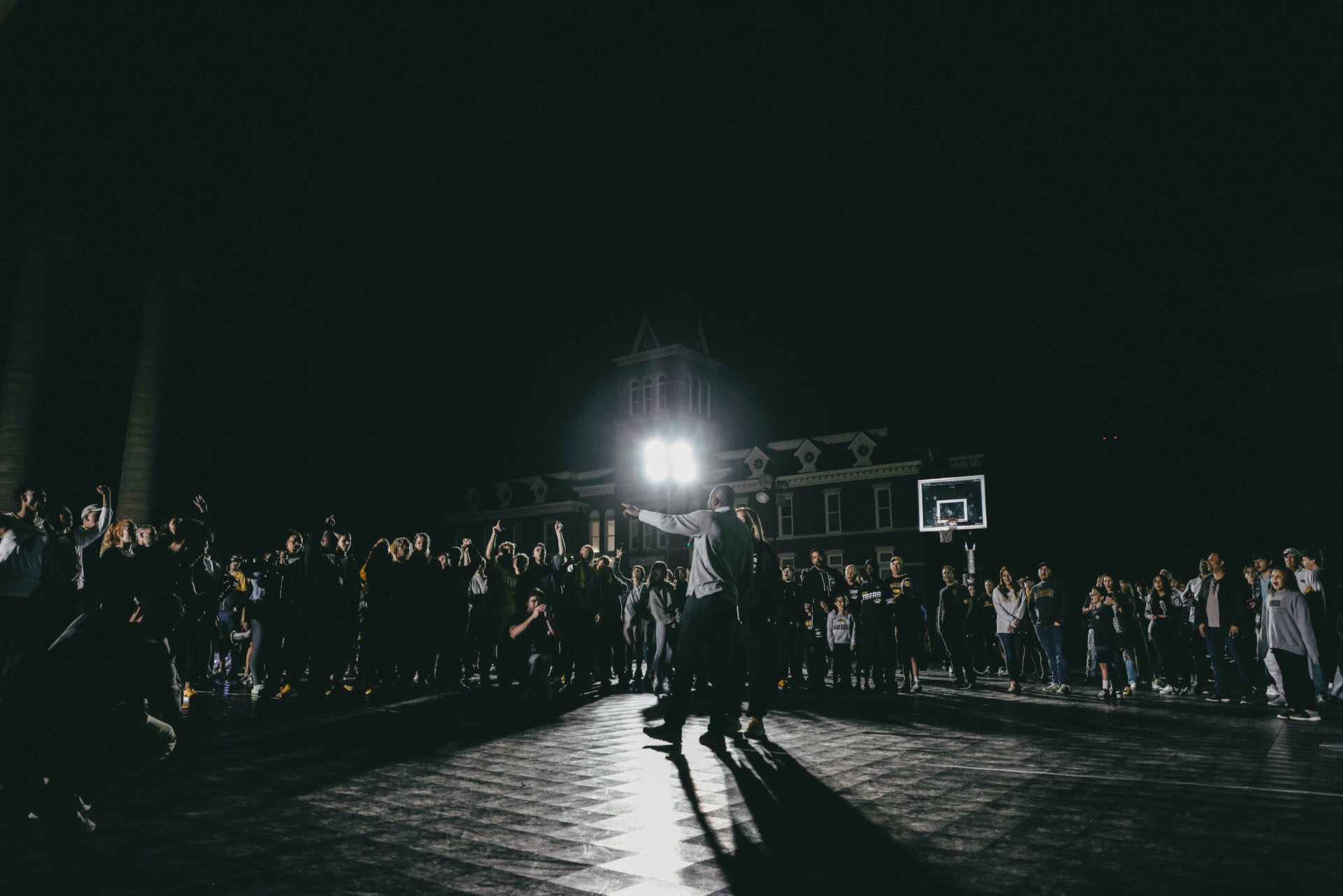 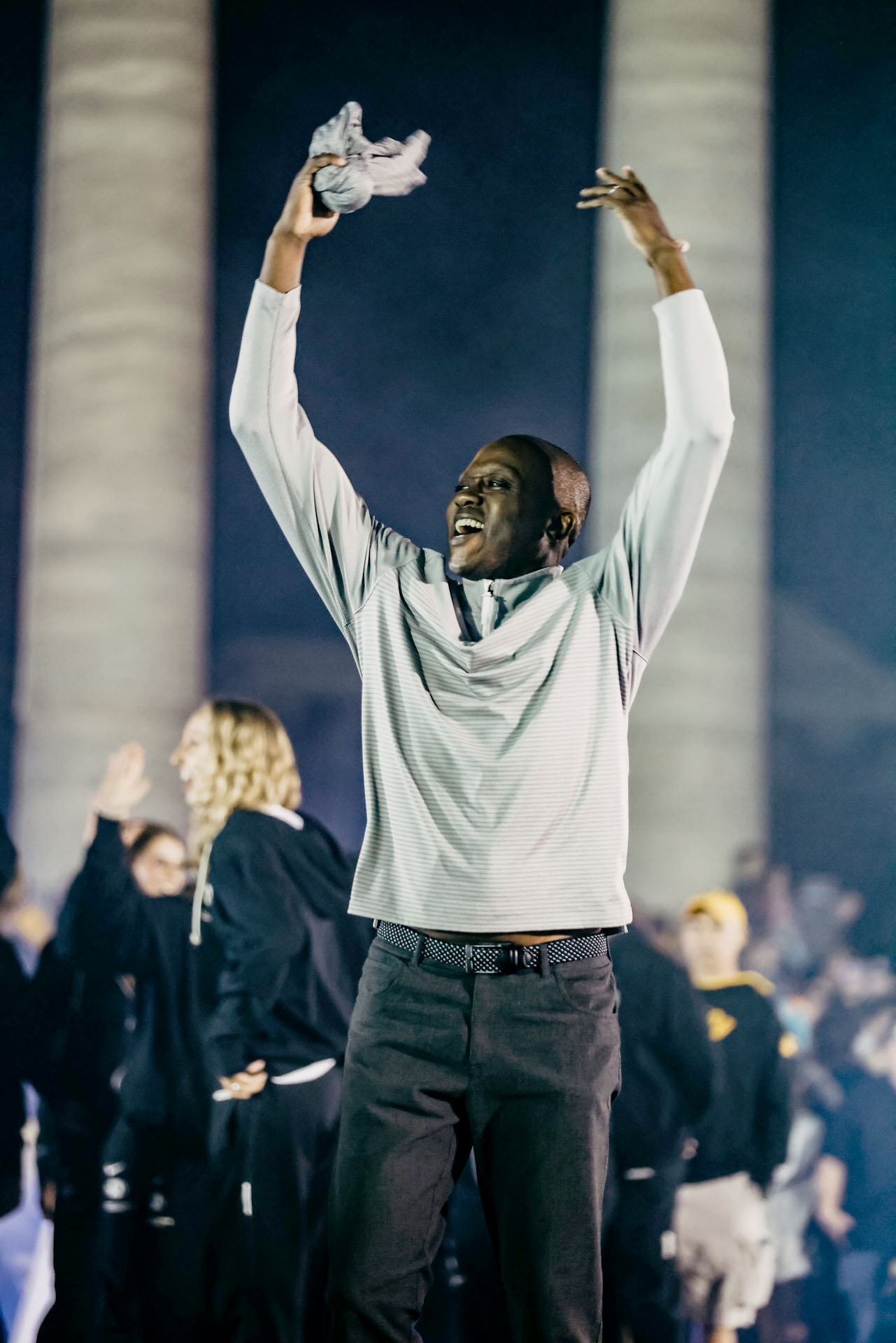 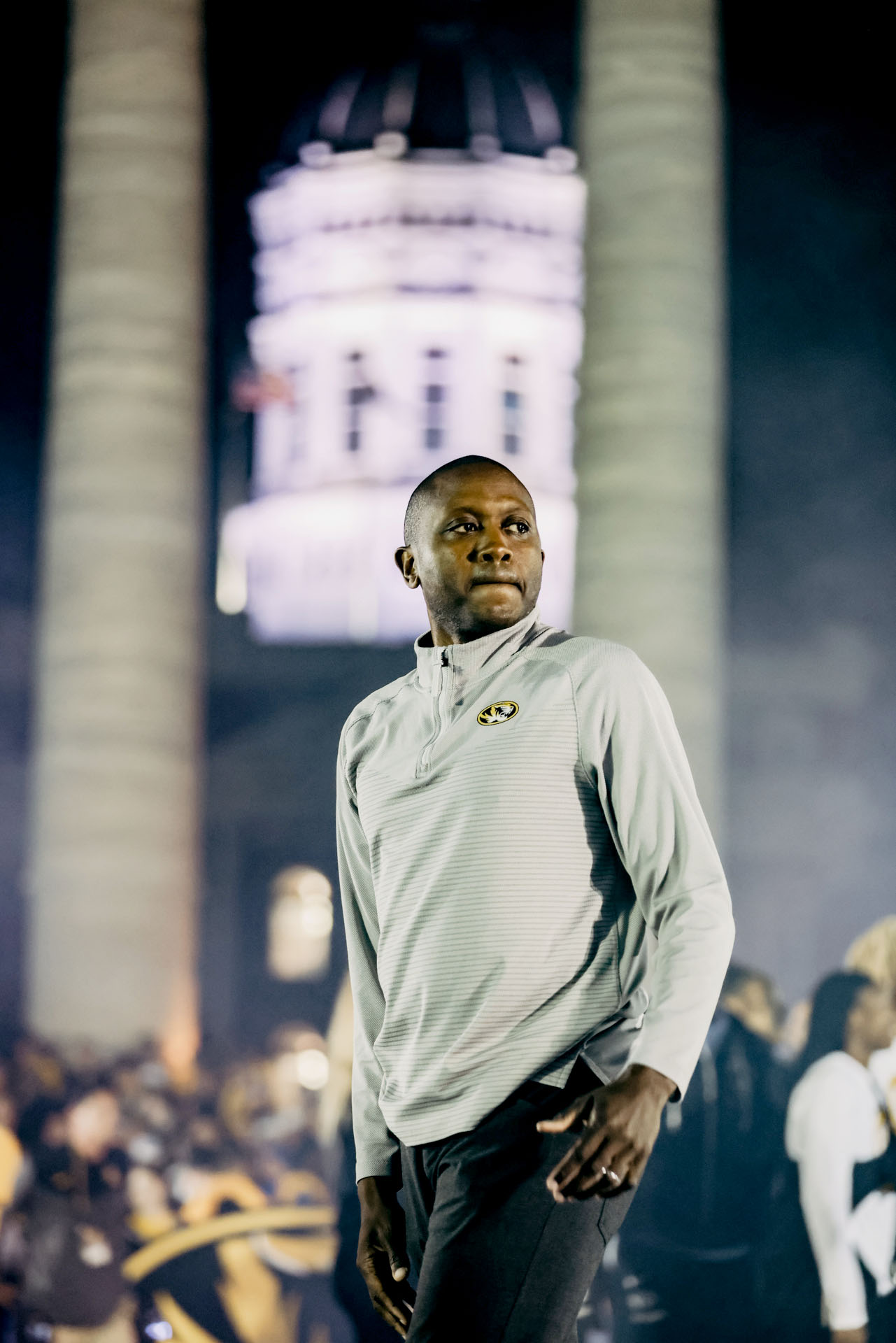 Fans can expect fast-paced games with pressure offense and defense. “We want to always have at least one guy on the all-defensive team,” he says. “We want to be unselfish and have a positive assist to turnover ratio. And lastly, we’ve got to be able to shoot 3-pointers at a high level.”

Dennis, his wife, Jocelyn, and children Avery, Duke and DJ wasted no time acclimating to mid-Missouri. “We love it; our kids love it and our parents love it when they come visit,” says Dennis. “This is home.”

Columbia may be a long way from Dennis’ youth in Chicago, but some of his best memories are visiting his grandfather’s farm in Mississippi. In August he made his first trip to the Missouri State Fair taking in the pig races, butter cow and meeting the all-volunteer firefighters at the State Fair Firehouse. He says the fair represents Missouri and he will take his team to Sedalia in the future.

He also enjoys fishing with coaches and players. “One of the reasons Noah Carter turned down so many high major institutions to come to Missouri was because he came with his boat,” the coach says of the Northern Iowa transfer.

While the work has begun on rebuilding the culture, Dennis knows it will take more than just him, his staff and players to restore the Tiger’s winning ways. “This is our program; all of ours. This isn’t my program,” he says. “That stands out when you collectively build a program. It takes a village and we can’t do it without each and every one of our fans.”

KANSAS CITY, Mo. — The Amtrak Missouri River Runner service, traveling back and forth between Kansas City, Missouri, and St. Louis, is shifting its service from two trips between the cities per day, … END_OF_DOCUMENT_TOKEN_TO_BE_REPLACED

KANSAS CITY, Mo.  — A new development could soon make its way to the Waldo neighborhood in Kansas City, Missouri.“Waldo is like one of those perfect little gem neighborhoods,” said Will Kivinski, who … END_OF_DOCUMENT_TOKEN_TO_BE_REPLACED