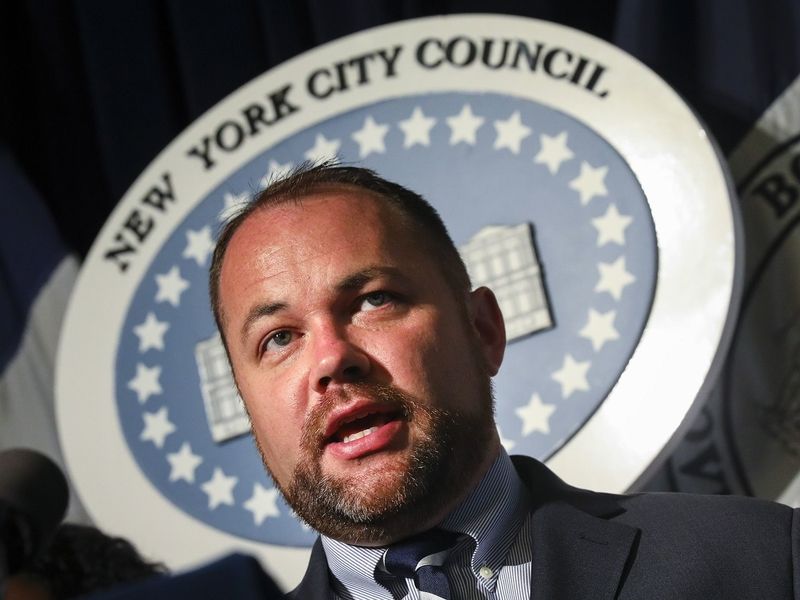 The comptroller is the city’s money manager and is responsible for rooting out financial fraud, evaluating the performance of municipal agencies, reviewing contracts and managing billions in city borrowing.

The comptroller oversees five public pensions that collectively hold more than $250 billion in assets of 700,000 current and former city employees and retirees. That financial might allows the comptroller to exert influence over the environmental, social and governance investing practices of money managers and the companies the city invests in.

Candidates who think they can use the office as a springboard to the Mayor’s office shouldn’t get their hopes up. The last comptroller to be elected New York City mayor was Abe Beame in 1973. Beame presided over the financial crisis that nearly plunged the city into bankruptcy.

What could this cost me?

Underperformance has consequences: Taxpayers must make up the difference if the pension funds fall short of delivering a 7% assumed annual rate of return. New York is projected to spend $10.3 billion on its pensions next year, or 16% of tax revenue. New York paid its 281 investment managers $880 million last year.

Eight candidates will participate in a Thursday debate broadcast live on Spectrum News NY1 and WNYC. Here are the leading contenders in alphabetical order:

Benjamin, 44, is a state senator from Manhattan, who serves as chair of the revenue and budget committee. Benjamin worked to divest the state’s public pension from for-profit prisons and won endorsements from a slew of former political leaders including Congressman Charlie Rangel, Governor David Paterson and state comptroller Carl McCall.

Benjamin is a Brown University trustee and member of its investment committee, overseeing the university’s $4.7 billion endowment. Previously, he worked at Morgan Stanley and also managed an affordable housing development company in Harlem.

Benjamin wants to audit the NYPD and reorganize the comptroller’s office, appointing education and housing deputies. He pledged to pressure companies on climate change and include equity and sustainability in city audits.

Caruso-Cabrera, 52, is well known to viewers of CNBC, where the former financial journalist worked for two decades. Caruso-Cabrera, a former Republican who wrote a book entitled “You Know I’m Right: More Prosperity, Less Government,” is running as a Democrat.

Caruso-Cabrera says she knows how to follow the money and will scrutinize programs to ensure they’re delivering results. She wants to allocate more pension money to women and minority investment managers and supports divesting from fossil fuel companies.

Iscol, 42, has the most unconventional resume of the candidates. A former U.S. Marine who served in Iraq and earned a Bronze Star, Iscol founded a mental-health nonprofit as suicides among fellow Marines grew. Afterward, he founded Hirepurpose, a job site for veterans.

Iscol, who counts Hillary Clinton as a mentor, said he wants to bar investment managers and contractors from doing business with the city if they’ve moved their business out of the five boroughs or don’t provide evidence of a commitment to the New York. He wants to use the pensions to invest in New York City businesses, and pledged to audit contracts awarded during the the pandemic.

Johnson, 39, is the current City Council president. He dropped out of Democratic primary for mayor in the fall, citing depression. He entered the comptroller race this spring, drawing some criticism from rivals for opportunism. With $4 million in campaign funds and the endorsement of some of New York City’s biggest public and private employee unions, Johnson is a formidable opponent. As council president, Johnson struck a deal with Mayor Bill de Blasio to fund half-price MetroCards for the poor and helped to create outdoor dining and open-streets programs during the pandemic.

As comptroller, Johnson has pledged to create a unit to monitor how the city spends federal pandemic relief dollars. He promised to conduct risk assessments of police behavior and cut the more than $200 million a year the city spends on misconduct claims. Johnson said he’d reduce pension fees and push the funds to invest in small businesses and those owned by minorities and women.

Lander, 51, is City Council member from Brooklyn and co-founder of its progressive caucus, where he sought to better manage infrastructure spending and expand paid sick leave. He has won endorsements from U.S. Representative Alexandria Ocasio-Cortez, Senator Elizabeth Warren and the New York Times.

Lander, a former urban planner and housing advocate, has pledged more frequent audits of the education and police departments. He said he will conduct so-called “equity audits” to reduce disparities in city services. He said he would establish a team to monitor capital projects so they don’t go over budget or fall behind schedule. On pensions, Lander wants to boost ESG investing and reduce higher-fee private equity and real estate investments. His campaign has launched an attack website on rival Johnson.

Parker, 54, serves in the state Senate, representing a Brooklyn district for almost 20 years. Benjamin wants to work with banks to provide more capital to small and minority- and women-owned businesses, as well as invest pension assets with female and minority asset managers. He will advocate smarter spending on affordable housing and homeless services, creating an oversight committee. Parker will also audit spending on public safety to ensure funding for “evidence-based” programs that prevent crime. He has had his own brush with the law: Parker was arrested for for assaulting a New York Post photographer in 2009 and convicted on two counts of criminal mischief.

Patel, 42, knows municipal bonds. Between 1997 and 2005, she worked at Public Resources Advisory Group, advising New York City and other cities on debt issuance and refinancing. Afterward, she worked as an investment banker at Bear Stearns and Barclays Plc. She served on the board of a Queens community development organization and on her local community board.

Patel wants New York to accelerate its capital plan to take advantage of low interest rates, and to expand financial-literacy programs. She pledged to pressure companies to appoint more women and minorities to boards.

Weprin, 65, a state assemblyman from Queens, comes from a political family. His father, Saul, was the former Assembly speaker, and his brother served in the Assembly and on the City Council. Previously, Weprin was a municipal-bond banker and served as deputy superintendent of banks under former Governor Mario Cuomo.

Weprin wants to invest more pension money in affordable housing construction and make auditing the Metropolitan Transportation Authority a bigger priority. He also wants to double the size of the Bureau of Labor Law, which enforces wage rates on city contracts.

The word of the day is "upskill." You'll probably be hearing a lot of it when it comes to employers as they provide additional training for their staff."This is an employee market now," said Christine … END_OF_DOCUMENT_TOKEN_TO_BE_REPLACED

All through his campaign for the presidency, candidate Joe Biden promised as president that he would use every tool at his disposal to curtail private gun ownership. As recently as April, President … END_OF_DOCUMENT_TOKEN_TO_BE_REPLACED

The Sports Castle building in Denver. (Photos courtesy of Non Plus Ultra) A California-based firm is looking to bring life to some of Denver’s more prominent vacant structures, but only for a limited … END_OF_DOCUMENT_TOKEN_TO_BE_REPLACED