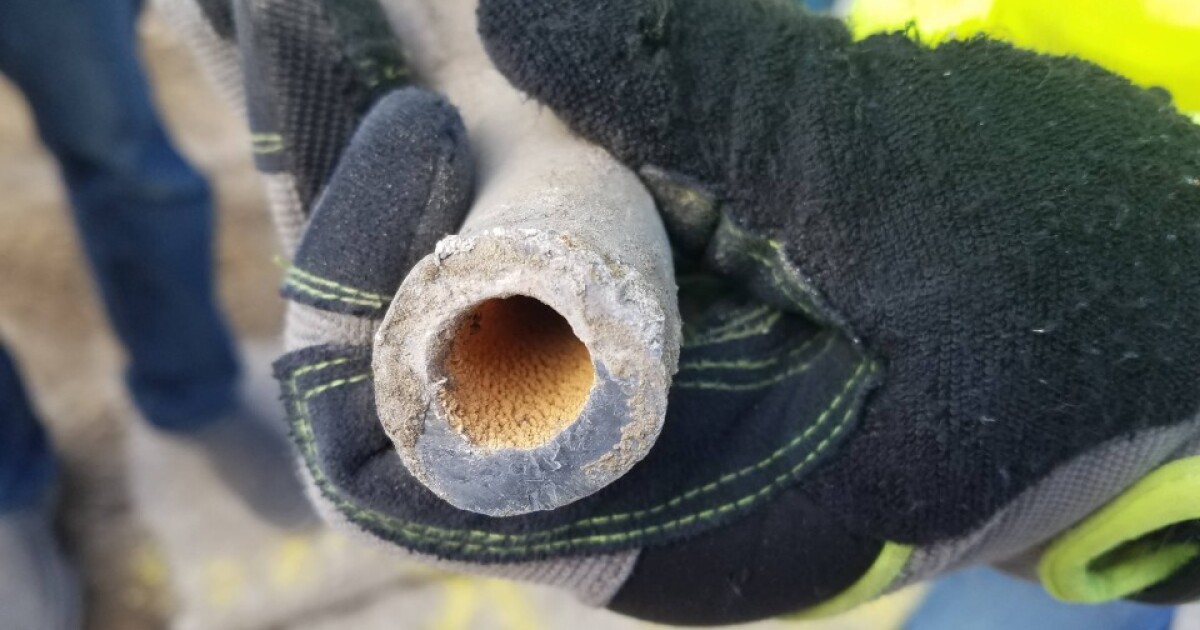 Missouri has some of the highest numbers of lead pipes in the U.S., according to a national report.

The Natural Resources Defense Council estimates there are at least 330,000 lead pipes funneling tap water into Missouri homes and other buildings — the sixth-highest of any state in the nation.

The environmental advocacy nonprofit said the total is likely an underestimate, given the challenges of surveying water systems and a lack of data. But a recent overhaul of federal regulations will force utilities to inventory lead water pipes nationwide in coming years, shedding more light on a decades-old public health issue.

In Missouri and across the country, drinking water is often flowing into homes through lead service lines, said Erik D. Olson, senior strategic director for health at NRDC. About the width of a garden hose, these narrow pipes branch off the water main and are “basically lead straws going into your house,” he said.

More durable and flexible than iron, lead was often the material of choice for water pipes, particularly in the early 1900s. Some cities, like Chicago, took it a step further and mandated the use of lead pipes in building codes.

Though the federal government banned lead pipes more than 30 years ago, many water systems and utilities have yet to replace them.

Federal law requires water utilities, cities and states to monitor water for lead and other contaminants. But because many lead service lines are on private property, it can be difficult to control water quality at the tap — and homeowners are generally on the hook for the cost of replacing them.

A rack of lead pipes, some dating back to the 1800s, used in a 2018 research study at Washington University.

“We often hear from water utilities, “Well, the water is safe when it’s in our system,’” Olson said. “What they mean is when it leaves the water treatment plant, it doesn’t have lead. But what happens is the lead is picked up in those narrower pipes that go from the water main in the street to your home.”

Lead is a powerful toxin with wide-ranging, often insidious effects on human health. Even in small quantities, it can cause heart and kidney disease, fetal miscarriages and premature birth. In children, lead exposure can permanently damage the brain and nervous system and lead to behavioral problems.

Many cities have adjusted their water pH or added special anti-corrosion chemicals to keep lead from leaching into the water. But changes in water chemistry or physical disturbances to pipes during construction can release lead in drinking water, Olson said.

“As long as you have that lead pipe in the ground, it’s essentially a ticking time bomb; it’s going to go off at some point,” he said.

For decades, the Environmental Protection Agency has not required cities or states to track the number of lead service lines. Recently revised regulations will require all water systems nationwide to inventory lead pipes and share their data publicly — but not until 2024.

To estimate the current number of lead pipes in the U.S., NRDC requested estimates from all 50 states and the District of Columbia. 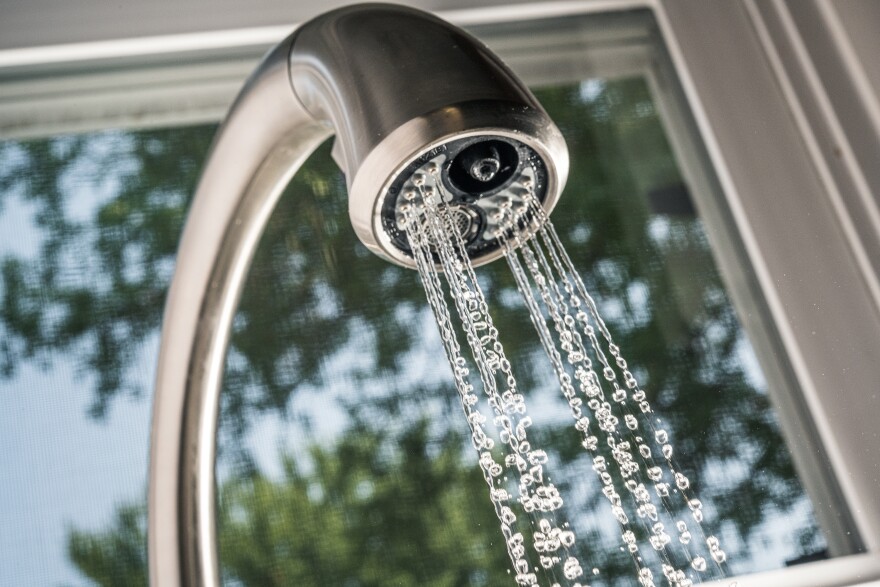 Many lead service lines are on private property, making it difficult to test and control water quality at the tap.

Only ten states, including Illinois, provided statewide lead pipe estimates. Illinois had the highest number of lead pipes of any U.S. state, with more than 679,000. Another 782,000 pipes of unknown material may be lead, putting the potential statewide total in Illinois at 1.4 million.

Missouri officials did not share any data with NRDC.

In an email, a representative from the Missouri Department of Natural Resources told NRDC that the department has “never collected [lead service line] data on a statewide basis,” but it will begin receiving inventories from water systems in 2024 to remain in compliance with federal law.

The nonprofit relied on data from a 2016 water industry survey to estimate the number of lead pipes in Missouri, which put the total at 330,000, the sixth-highest in the U.S. On a per capita basis, Missouri ranked fourth nationwide, with 5,362 lead lines per 100,000 people.

There may be up to 12 million lead pipes in use nationwide, the survey reported.

Daniel Giammar, an environmental engineer at Washington University who studies water quality and was not involved in the study, said the results are in the “same ballpark” as previous estimates.

Trying to catalog lead service lines can be very challenging, Giammar added, because many of these pipes were installed nearly a century ago.

“We’re talking about construction that was most likely done before 1940 or even 1930,” he said. “Some places just weren’t keeping good records, or nobody knows where they are.”

But that will change in the next several years, as newly-revised federal regulations go into effect and water utilities are required to report information on lead service lines.

“Utilities are going to have to know where they have lead service lines and they’re going to have to have an easily searchable way for customers to look up the locations of these lines throughout their system,” Giammar said. “That’s going to be huge. In three years, we’re going to know so much more than we do right now.”

The word of the day is "upskill." You'll probably be hearing a lot of it when it comes to employers as they provide additional training for their staff."This is an employee market now," said Christine … END_OF_DOCUMENT_TOKEN_TO_BE_REPLACED

All through his campaign for the presidency, candidate Joe Biden promised as president that he would use every tool at his disposal to curtail private gun ownership. As recently as April, President … END_OF_DOCUMENT_TOKEN_TO_BE_REPLACED

The Sports Castle building in Denver. (Photos courtesy of Non Plus Ultra) A California-based firm is looking to bring life to some of Denver’s more prominent vacant structures, but only for a limited … END_OF_DOCUMENT_TOKEN_TO_BE_REPLACED