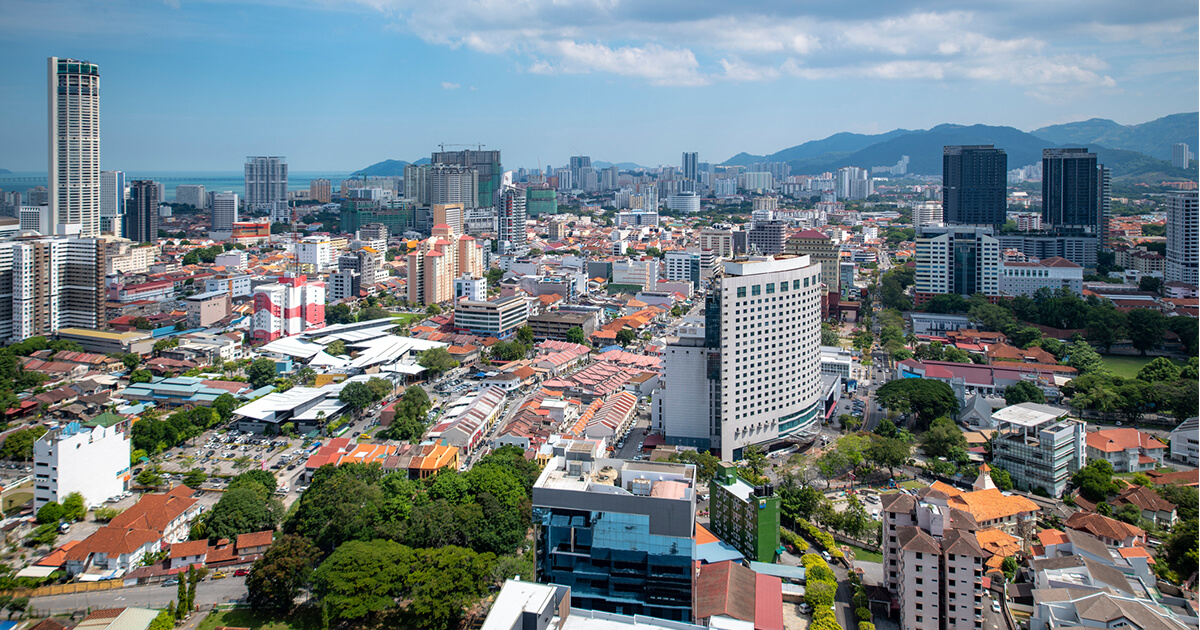 If you’re looking at long-term appreciation prospects, buying property on the island of Penang is an option since there’s a scarcity of land.

Your Best Investment Options in Malaysia

According to the IMF, the Malaysia’s economy is the sixth largest in Southeast Asia. Its labour productivity is considerably more developed than in adjacent countries, such as Thailand, Indonesia, the Philippines, and Vietnam.

Malaysia is primarily a fast-growing export-oriented economy, with a developing middle class and growing population. Furthermore, Malaysia has been on the receiving end of the capital flight from the Middle East.

It also has notable oil reserves and has overall business-oriented regulations. Yet, despite making good strides regarding societal development, Malaysian wages have lagged OECD developed standards.

In other words, while broad economic development has created new industries and led to the development of urban centers, the average person’s wellbeing has not kept up.

Occupancy rates are low in Malaysia as there is an oversupply of real estate. Purchasing power has not risen proportionally though.

With an overabundance of choice, existing renters get their pick, which means rental yields are rather low at just 3% in Kuala Lumpur and Penang. In time, as the population and wages grow, this is likely to change.

Yet for now, Malaysia remains an option to get proportionally cheap property. Especially compared to neighboring Singapore where a closet-sized room can cost you a lifetime of savings.

It’s worth mentioning that despite being business-friendly, Malaysia has steep taxes in some regards. Residents are charged a 20% flat rental income tax, while non-residents pay a 25% tax.

There are a few other taxes when selling a property, too. Most notable is the Real Property Gains Tax (RPGT), paid on 30% of the profit made if you sell property within the first five years of owning it. Then it’s a 10% tax on profit gained, regardless of how long you held the property.

Sales fees are lower for Malay citizens. The primary reason this is done is to protect its citizens from short-term speculatory bubbles. Most countries in Southeast Asia have a similar tax except for Cambodia.

The Benefits of Owning Malaysian Property

As you might have guessed, there are far better investment markets if you’re looking for rental yields or high currency appreciation rates. But foreign property ownership in Malaysia is a two-fold play:

Firstly, there’s the long-term potential of appreciation of the undervalued property due to the current glut of supply on the market.

Secondly, Malaysia does not charge income tax for foreign sources of income.

This means that if you use the Malaysia My Second Home (MM2H) program to gain a renewable 10-year visa in the country, you can effectively drop your tax obligations to close to 0% if you arrange everything properly.

The MM2H visa criteria vary on a number of factors, including age, and the government seems to prefer older retirees. If you are not above the age of 50 and are not earning a pension above RM10,000 (c.$2,430) per month, you need to meet the following requirements to qualify:

Should You Buy Property in Malaysia as a Foreigner?

If you’re looking for stellar immediate growth in a property market, there are likely better options out there besides Malaysia, including frontier markets like Cambodia and the Philippines.

Nevertheless, if you’re looking for an environment with good medium to long term prospects that can appreciate considerably while also being near some of the most desirable and visited tourist and business locations in the world, Malaysia is certainly worth considering.

Furthermore, there are the ancillary benefits such as reduced living costs and an immense tax burden reduction, assuming that your income is not derived locally.

Consequently, real estate investment in Malaysia is not for everyone but for those in a unique set of circumstances.

For investors who are not concerned about immediate returns or those who primarily are seeking a second residency, Malaysia foreign property ownership is a solid option.

The word of the day is "upskill." You'll probably be hearing a lot of it when it comes to employers as they provide additional training for their staff."This is an employee market now," said Christine … END_OF_DOCUMENT_TOKEN_TO_BE_REPLACED

All through his campaign for the presidency, candidate Joe Biden promised as president that he would use every tool at his disposal to curtail private gun ownership. As recently as April, President … END_OF_DOCUMENT_TOKEN_TO_BE_REPLACED

The Sports Castle building in Denver. (Photos courtesy of Non Plus Ultra) A California-based firm is looking to bring life to some of Denver’s more prominent vacant structures, but only for a limited … END_OF_DOCUMENT_TOKEN_TO_BE_REPLACED