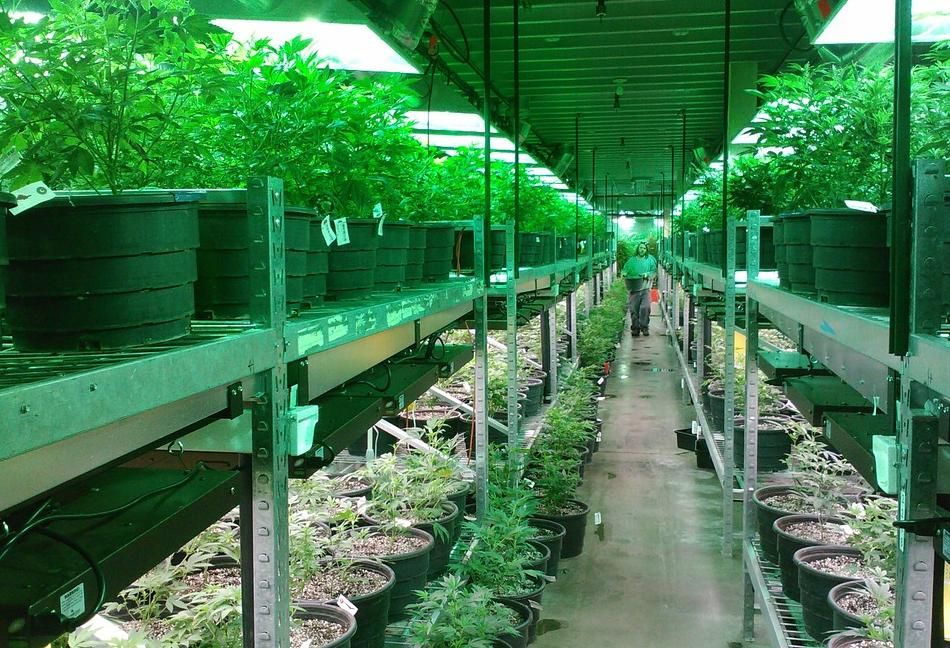 When New York became the 15th state to legalize cannabis for recreational use last month, it ushered in the potential for hundreds of millions in tax revenue, created a new tenant for struggling retail landlords and, if the law works as intended, introduced a way to build back up the communities hardest hit by the coronavirus pandemic.

But while the law passed in time for the unofficial marijuana holiday on April 20, cannabis real estate experts say it will likely take more than a year for the industry to feel any impact.

Cannabis-related real estate can be a tricky proposition for potential brokers without industry knowledge.

“Things are still very early on with the state,” Cannabis Real Estate Consultants founder and CEO Erich Rubio told Bisnow. “They announced that they’re going to be allowing it and it’s going to be legalized, but there’s a lot of details which make the big difference in how the markets are going to react, all those things are still in motion.”

The new law, signed March 31, immediately legalized up to 3 ounces of cannabis for adults over the age of 21.

It is also expected to drum up demand for retail and warehouse space from dispensaries and cultivation center operators, who will likely have to pay high rents for these spaces, experts who have watched the impact of legalization on other markets say.

But many of the details — such as land use and zoning policies — are still up in the air. The Office of Cannabis Management, a five-person board to be appointed by Gov. Andrew Cuomo and the state legislature, as outlined in the new law, will be responsible for drawing out these guidelines.

“All of that is still a work in progress,” CPEX Managing Partner Timothy King said. “So until we get some more details around how it’s all going to happen, it’s going to be difficult to be any more specific than that.”

Once the regulations are in place, there will likely be more obstacles for real estate players hoping to cash in. Landlords with bank mortgages will likely have to refinance in order to secure a cannabis tenant because the substance is still federally outlawed, experts say. Nontraditional lenders have swooped in to refinance these properties in other states.

While New York’s legalization came just over a month after neighboring New Jersey took the same step, nationwide cannabis experts say New York’s new law is a huge moment in the legalization wave, which started with Washington in 2012 and has since added billions to that state’s economy, and could propel the Empire State to a dominant position within the national market.

Cannabis cafés, dispensaries beside bodegas and indoor cultivation facilities could all line the streets of New York City in a few years, filling up storefronts that are on average emptier now than at any point this century.

“Commercial members have seen that the legalization of marijuana is a bright spot in their market,” National Association of Realtors Vice President of Demographics and Behavioral Insights Jessica Lautz told Bisnow. “Covid very much impacted the commercial real estate space, but marijuana legalization has increased the demand for warehouses, for land, and also for storefront, because it is a new product to be grown and sold within that state.”

“Cap rates are meaningfully wider in cannabis, relative to traditional retail and industrial uses … Landlords that fall into green zones at the local level effectively print money overnight,” Acosta said. “It’s a pretty incredible windfall for landlords that are fortunate enough to have real estate eligible.”

Retail real estate is in desperate need of good news: Manhattan retail vacancies hit a record high, up 21.7% year-over-year in Q1 with asking rents for available spaces down 21% from last year.

“Now you’re having this almost artificial impact overnight. There’s the possibility for dozens, if not hundreds, of stores looking to open pretty much at the same time,” he said. “You’ll see some sort of … land rush, land grab where people were looking for prime spots, and consequently overpaying for that, that’ll reduce the amount of supply, it’ll drive up the prices for everybody.”

Cannabis shops are exactly what consumers will be looking for, too, amid a move toward experiential retail, said HR&A principal Sulin Carling, a retail real estate consultant. A McKinsey report released last May found retailers who prioritize experience in order to create a loyal consumer base will be quicker to bounce back from the pandemic-induced recession.

“Where retail is going, it’s all about experiences, it’s all about things that you can’t do online or can’t buy online, this certainly all seems to be aligned with that,” she said. “Any step we can take to broaden the types of ground-floor leases we can have and the types of retail uses we can have in this very disrupted retail environment … this does seem to be in line with the trends we’re seeing.”

How the new industry will play out for industrial is a bigger unknown. Until New York finalizes its cannabis land use policies and the safe distance zoning rules, Rubio said, it will be difficult to determine the full extent of the impact on the industrial market.

In states that have already been handing out cultivation licenses, the type and location of this space are laid out through land use policy set by each city, he said.

The staff of Dispensary 33, a cannabis store in Chicago’s Andersonville neighborhood.

The only clear data on the implementation calendar is Dec. 31, 2021 — the deadline for cities and towns to opt in to allowing cannabis retail stores. Only then will the state begin to accept applications from individual retailers, and it could take six months to a year for those applications to be granted and their space to be built out — putting the arrival date of recreational dispensaries somewhere around late 2022 to early 2023, experts said.

‘I Think New York Will Get It Right’

The difference between federal and state policy creates an unusual real estate problem for cannabis: It is virtually impossible to secure a cannabis lease as a landlord with a bank mortgage because the sale of cannabis is an “unlawful transaction” under federal law according to The National Law Review, and banks are heavily regulated on a national level.

While there is legislation going through the U.S. House of Representatives that would protect banks from legal recourse if they were to lend to a cannabis business owner or landlord, it isn’t likely to make it through both chambers of Congress with such a narrowly divided Senate.

New York landlords are already looking into how to refinance their mortgages to move cannabis tenants in, said Acosta, whose company, Inception REIT, is an active cannabis lender.

“We’ve been fielding many, many calls from landlords [in New York] that are saying, ‘Hey, I’ve been approached by a cannabis retailer or a cannabis grower that wants to be my tenant. Can you help me with the mortgage to replace my conventional bank mortgage since conventional banks aren’t participating in the industry in any way?” he said.

This limited access to capital creates another problem that the law is hoping to tackle head-on: using it to uplift communities that have been disproportionately impacted by marijuana prohibition.

People of color are far less likely than their White counterparts to secure funding through venture capital funds, New York Magazine reported. Even as other states’ legalization rules were written with the intent of uplifting disenfranchised communities, the capital access issue has led to inequality in license distribution.

As of last December, not one company led by a person of color received a license to operate a dispensary in Illinois, a year after the state first legalized recreational cannabis with an emphasis on social equity and restoration, the Chicago Sun-Times reported.

“Illinois was probably the leader at least in terms of their written legislation … it’s been tremendously unsuccessful, and ultimately quite damaging,” HR&A principal Jonathan Meyers said. “The kinds of entrepreneurs, many of whom have been in the cannabis business in an unregulated fashion for many years and have [a] great deal of expertise, are not able to access the legal market because they can’t access capital.”

In other states, the practice of requiring applicants to secure a lease before they apply has made it harder for people of color to compete with White-owned firms, Meyers said.

“In many states, in order to get the final part of your license, you need a signed lease, which means you have to find and pay for your location before you know that you will be able to operate your business,” Meyers said. “If you have a prior conviction, even if that conviction has been expunged, you may not be able to get, for example, a license.”

Unlike Illinois, California and Colorado, New York’s law passed while the state is firmly in a health and economic crisis that has disproportionately impacted communities of color — which were already far more likely to be punished for cannabis crimes in the past. New York’s equity provision was meant to be far stronger than its peers’.

Some 50% of licenses will be allocated to social equity applications: businesses owned by people of color, women or farmers struggling financially. The tax revenue would be partially directed to a Community Grants Reinvestment Fund, which would give money to community nonprofits to build affordable housing and infrastructure in neighborhoods that were most impacted by cannabis prohibition.

“This legislation is a momentous first step in addressing the racial disparities caused by the war on drugs that has plagued our state for too long,” New York State Senate Majority Leader Andrea Stewart-Cousins said in a statement.

The funds could also be used to create programs that address health equity and workforce development.

The stakes for getting equity right in New York are high. The law has outlined one of the most equity-based, restorative approaches to legalization, and states around the country are watching New York, Acosta said.

“We’re all hopeful that New York kind of takes up the mantle and really shows the rest of state markets how to form, organize and issue social equity licenses,” Acosta said.  “So there’s a real opportunity here to provide that kind of leadership. I think New York will get it right.”

The word of the day is "upskill." You'll probably be hearing a lot of it when it comes to employers as they provide additional training for their staff."This is an employee market now," said Christine … END_OF_DOCUMENT_TOKEN_TO_BE_REPLACED

All through his campaign for the presidency, candidate Joe Biden promised as president that he would use every tool at his disposal to curtail private gun ownership. As recently as April, President … END_OF_DOCUMENT_TOKEN_TO_BE_REPLACED

The Sports Castle building in Denver. (Photos courtesy of Non Plus Ultra) A California-based firm is looking to bring life to some of Denver’s more prominent vacant structures, but only for a limited … END_OF_DOCUMENT_TOKEN_TO_BE_REPLACED