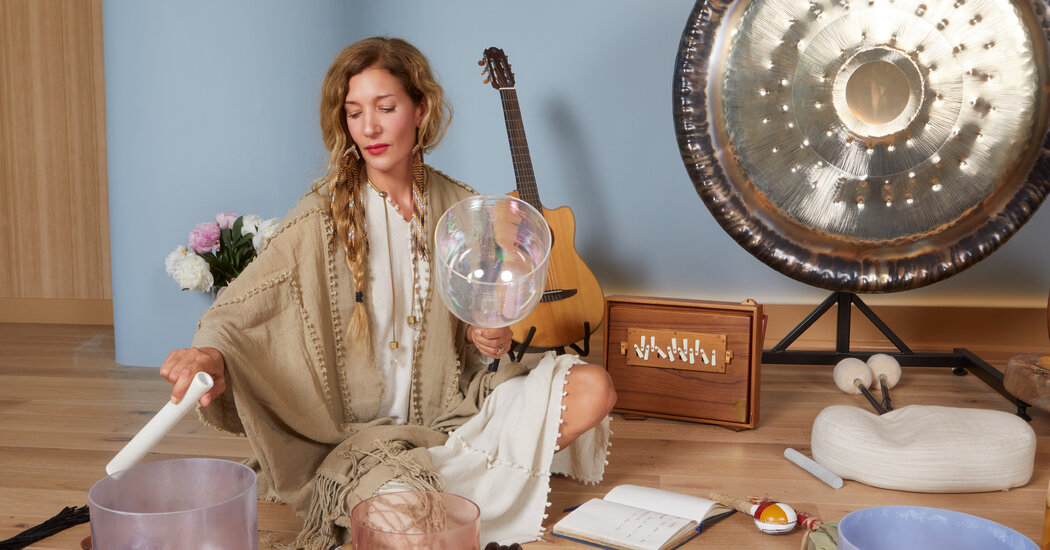 He described the development as a “conscious community,” that takes a holistic approach to a wellness lifestyle. “The physical health thing is important — we have gyms, we have trainers and yoga studios and running clubs,” he said. “But we believe we need to treat the mental health and spiritual side of things with the same level of importance.”

Mr. Kaufman said plans also called for a location for mental health professionals, therapists and life coaches called Innerspace, a convenient on-site amenity for residents that will also be open to the general public. (Gravity has retail space, offices and will have more than 1,000 residential units when completed, including rental apartments and co-living spaces.)

Some developers and real estate agents say that in the wake of the Covid crisis and a year spent in near isolation, wellness messaging is more appealing than ever. “There’s a national conversation happening around mental health,” said Justin Alvaji, Jardine’s senior community manager. “We wanted our tenants to feel like the building was a sanctuary and wanted to go the extra mile.”

Aree Khodai, a spiritual concierge, said she would work as connector and coach for residents participating in the new program. It’s something she has been doing informally for friends and acquaintances for years, introducing them to various shaman and vetted spiritual practitioners she knows personally through her work as a yoga teacher and healer.

“We’re tapping into something that’s already happening,” she said. In her past work, she has connected clients with everything from movement classes to edgier experiences like mushroom micro-dosing, which she described as “a journey,” with “an intention behind it and a sense of lessons and insights.” (Gardenhouse and several others are partnering with a third-party provider that Ms. Khodai works with to provide the spiritual concierge services.)

The event at Jardine included a sound bath and cacao ceremony. The tools used included a harp, chimes, a crystal singing bowl and feather fan, among other items.Credit…Ryan West
[ad_2]
Originally Appeared Here

The word of the day is "upskill." You'll probably be hearing a lot of it when it comes to employers as they provide additional training for their staff."This is an employee market now," said Christine … END_OF_DOCUMENT_TOKEN_TO_BE_REPLACED

All through his campaign for the presidency, candidate Joe Biden promised as president that he would use every tool at his disposal to curtail private gun ownership. As recently as April, President … END_OF_DOCUMENT_TOKEN_TO_BE_REPLACED

The Sports Castle building in Denver. (Photos courtesy of Non Plus Ultra) A California-based firm is looking to bring life to some of Denver’s more prominent vacant structures, but only for a limited … END_OF_DOCUMENT_TOKEN_TO_BE_REPLACED