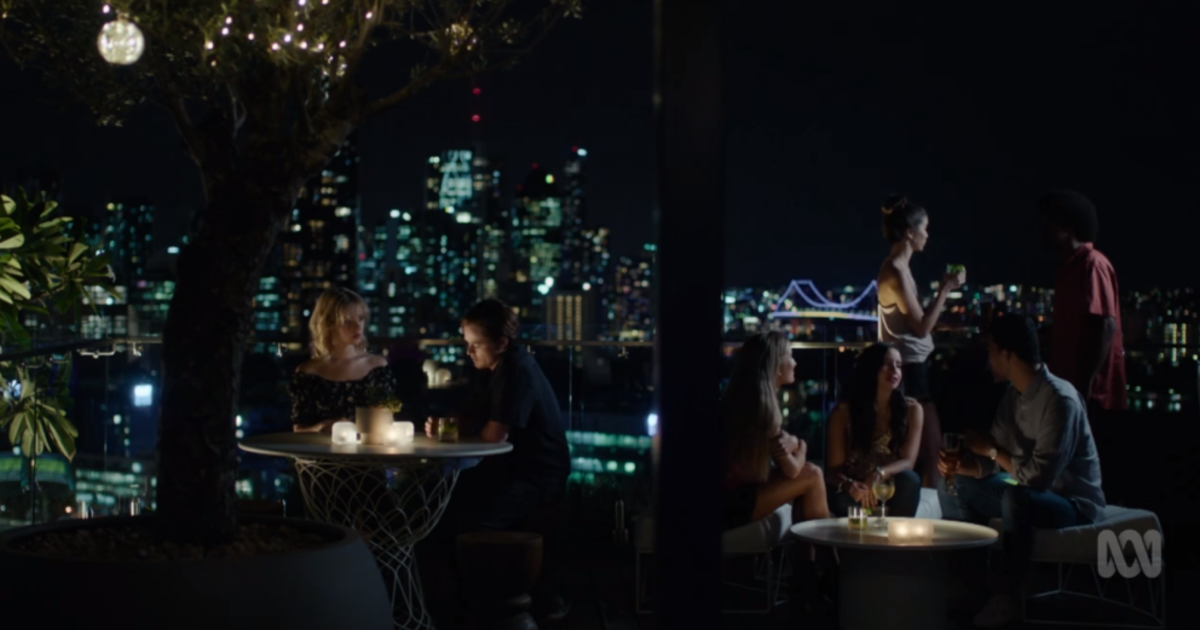 Finding the perfect film location is an essential part of setting the right mood, aesthetic and time period for a movie.

Commercial buildings and venues are highly sought after for both interiors and exteriors on film and TV shoots, said Kathryn Metcalfe, Screen Queensland’s location and production attraction coordinator.

“Commercial locations vary in style and function,” Ms Metcalfe said. “An office space might feature as the workplace of a lead character; a local cafe, a shop or mall where the main action happens; or a restaurant the stage for an unfolding romance.”

Location scouts are looking for a wide range of settings including office spaces, hospitality and arts venues, warehouses and convention centers, public gardens and swimming pools.

Ms Metcalfe said modern, open-plan office areas with spacious boardrooms, high ceilings and expansive glass windows were particularly requested. For other kinds of films or a sitcom series, a smaller suburban business representing the workplace of a lead character, or something a bit retro, might be needed.

“Foyers of office buildings and hotels are often in demand,” she said. “For example, Brisbane riverside skyscraper One One One Eagle Street, with its multi-level entrance, escalators, glass features and slick architecture featured in Pacific Rim: Uprising, replicating Tokyo.”

Clubs, pubs, cafes, restaurants, bars and arts venues are other key areas of interest for productions.

The ABC’s Harrow filmed scenes in the Bloodhound Bar and Kitchen.

On the Gold Coast, the Roosevelt Lounge in Broadbeach, renowned for its unique vintage vibe, features in Legendary Pictures’ blockbuster, Godzilla vs. Kong, which is currently showing in cinemas.

Roosevelt Lounge general manager Shannon Deane said there were “no downsides” to having his venue used for filming.

“I was the main point of contact so I was there every day,” Mr Deane said. “I got to see everything – how they set up, how it all unfolded. I was also there making coffees for the team and drinks from the bar area – non-alcoholic of course! To see it first hand gives you a better appreciation of what goes into making a major motion picture.”

Mr Deane also said that although he couldn’t trade during the filming, the loss of income was compensated by the film company, and that the crew were “very respectful”.

“They always gave us the rundown of what they were planning to do with the space and how long they’d be there for,” he said.

“If anything went wrong, they were the first to tell you. We had an instance where some of the wall was damaged … we had it patched up and they covered the cost. It’s all part of the contract to leave the space as they entered it.”

The Roosevelt Lounge in Broadbeach features in Godzilla vs. Kong.

Ms Metcalfe says large warehouse spaces and convention centers are potential alternatives for sound stages. For instance, the Gold Coast Convention and Exhibition Centre (GCCEC) was converted for use as a sound stage for the Netflix feature film Escape from Spiderhead, starring Chris Hemsworth.

Convention centers like GCCEC, which are soundproof clearspan in structure with extremely high ceilings, are ideal for large set pieces, rigging lights and high-wire stunt work, and can replicate a sound-stage environment. Such large convention spaces may also be able to offer on-site security and catering, which is ideal for film or TV crews.

Gold Coast Convention and Exhibition Centre hosted Chris Hemsworth while he was filming Escape from Spiderhead.

See your own property on screen

If you think your property has got what it takes to be a star, you can submit your location details and photos to Screen Queensland for their consideration.

“We use your photos to create a visual pitch presentation to productions seeking a range of looks for their script,” Ms Metcalfe said.

“This is a highly competitive process as jurisdictions across the world vie for these multi-million-dollar productions. If key creatives see a location of interest, they will reach out to Screen Queensland and we will then facilitate discussions between the property owner or manager, and the location manager working for the production company.”

Ms Metcalfe added that having a property used in film and television was a useful promotional opportunity for any business.

Mr Deane from the Roosevelt Lounge agreed and said he regularly got people coming in specifically to see the filming location.

”The publicity was a big drawcard for us,” he said. “It was good exposure – obviously the more people that see our venue, the better.”

Ginnie Mae’s outstanding mortgage-backed securities portfolio grew for the 13th consecutive month in July, hitting $2.252 trillion, up from $2.229 trillion in June and $2.117 trillion one year ago. … END_OF_DOCUMENT_TOKEN_TO_BE_REPLACED

New Western, the largest national private marketplace for fix-and-flip residential investment properties, announced today that the company has made homeownership accessible for more Americans by … END_OF_DOCUMENT_TOKEN_TO_BE_REPLACED

The newest national survey of new homeowners commissioned by U.S News & World 360 Report Reviews found that a majority of new homeowners who purchased a home since the beginning of 2021 reported that … END_OF_DOCUMENT_TOKEN_TO_BE_REPLACED

A $30 million funding package is backing construction of a 228-unit apartment complex in Rogers. STL 2 Rogers LLC, an affiliate of Missouri-based developer Mia Rose Holdings, secured the loan from … END_OF_DOCUMENT_TOKEN_TO_BE_REPLACED