The U.S. Census Bureau and the U.S. Department of Housing and Urban Development have reported new residential construction stats for the month of May 2022. And while housing starts were down, housing completions were up.

“Housing starts come in below consensus expectations and fall to a seasonally adjusted annual rate of 1,549,000, which is 14.4% below the revised April estimate and is 3.5% below the May 2021 rate,” said First American Deputy Chief Economist Odeta Kushi. “Single-family starts declined 9.2% month over month to the lowest since August 2020.”

“One encouraging sign from this report is the 9.1% jump in completions, which hit its highest rate since 2007, though a significant portion of the completions came from buildings with five-plus units,” said Douglas G. Duncan, Chief Economist at Fannie Mae. “Still, this could be a sign that construction backlogs due to labor and materials shortages may finally be easing. Though significantly higher mortgage rates will undoubtedly weigh heavily on affordability and demand, continued above-normal profit margins reported by many builders suggests that they will likely have room going forward to increase incentives and make price concessions to sustain sales. Therefore, while this report is consistent with our view that residential construction will continue to slow, the near-term pace may demonstrate greater resilience, even in the face of rising mortgage rates.”

And as Duncan observes that there may be an easing in construction, the National Association of Home Builders (NAHB) reported in its NAHB/Wells Fargo Housing Market Index (HMI) that builder confidence continues to decline, falling for the sixth consecutive month in June 2022.

“The housing market faces both demand-side and supply-side challenges,” said NAHB Chief Economist Robert Dietz. “Residential construction material costs are up 19% year-over-year with cost increases for a variety of building inputs, except for lumber, which has experienced recent declines due to a housing slowdown. On the demand-side of the market, the increase for mortgage rates for the first half of 2022 has priced out a significant number of prospective home buyers, as reflected by the decline for the traffic measure of the HMI.”

Kushi added, “Builders face supply chain disruptions, rising input costs, and concerns that declining affordability is pricing out buyers. The new-home market is particularly sensitive to rising rates, and builders want to ensure that if they build it, someone will buy it. Builders are responding to the decline in affordability and cooling demand by building less, but a slowdown in construction is concerning because the U.S. continues to face a housing shortage. We need more homes, not less.”

“The housing market continues to be challenging for buyers as prices and mortgage rates climb to new heights,” said Hannah Jones, Economic Data Analyst at Realtor.com. “The rental market offers little relief, as buyers being priced out of the market are pushed into renting, which sends already high rents even higher. In addition, last week’s data reported inflation is at a 40-year high of 8.6%. In response to current and anticipated rising inflation, the Fed raised interest rates by 75 basis points, the largest bump in nearly three decades. Discouraging as they may sound, these forces are beginning to help balance the housing market.”

That “balancing of the market” mentioned by Jones felt a huge pull in the way of mortgage rates, which came in at 5.78% last week, according to Freddie Mac’s latest Primary Mortgage Market Survey (PMMS).

Stacker compiled a list of cities with the fastest growing home prices in Missouri using data from Zillow. Cities are ranked by the dollar change in Zillow Home Values Index for all homes … END_OF_DOCUMENT_TOKEN_TO_BE_REPLACED

It’s a tough time to be a loan officer. Refinance activity is gone, housing inventory continues to be at record lows and interest rates remain on the rise. It is the type of perfect storm … END_OF_DOCUMENT_TOKEN_TO_BE_REPLACED 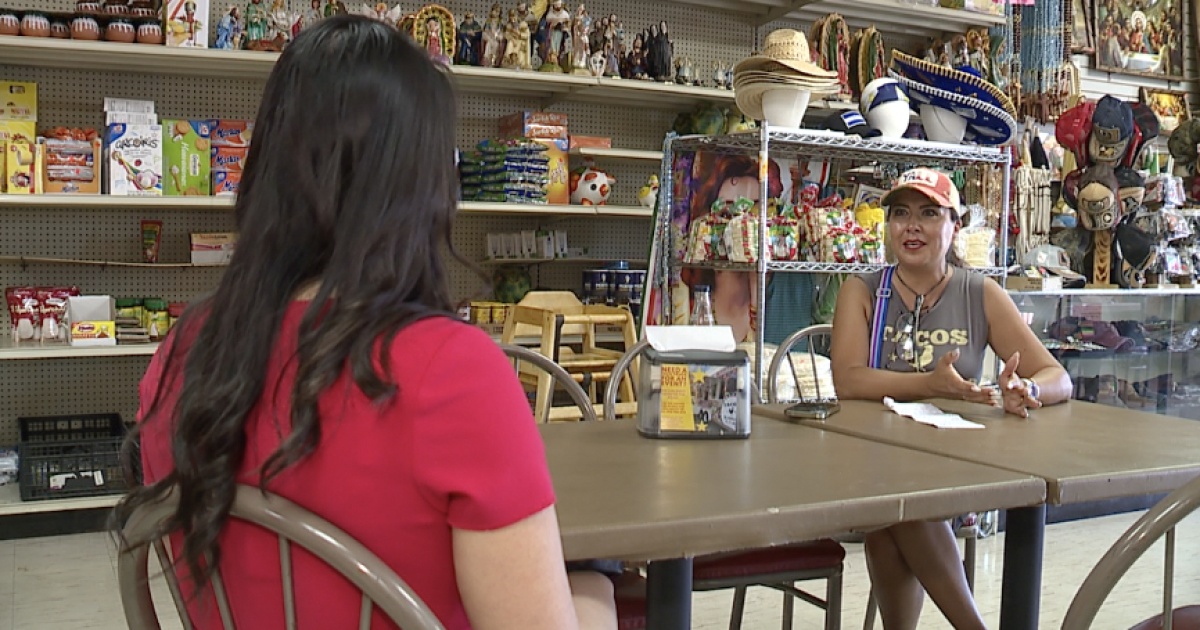 KANSAS CITY, Mo — Regardless of whether or not someone is a sports fan, the 2026 FIFA World Cup coming to Kansas City will impact everyone in the city.It is a long-term investment in the … END_OF_DOCUMENT_TOKEN_TO_BE_REPLACED