According to the National Association of Realtors, U.S. existing-home sales stalled in April 2021, marking three straight months of declines. All but one of the four major U.S. regions witnessed month-over-month drops in home sales, but each registered double-digit year-over-year gains for April.

Total existing-home sales, completed transactions that include single-family homes, townhomes, condominiums and co-ops, slipped 2.7% from March to a seasonally-adjusted annual rate of 5.85 million in April. Sales overall jumped year-over-year, up 33.9% from a year ago (4.37 million in April 2020).

“Home sales were down again in April from the prior month, as housing supply continues to fall short of demand,” said Lawrence Yun, NAR’s chief economist. “We’ll see more inventory come to the market later this year as further COVID-19 vaccinations are administered and potential home sellers become more comfortable listing and showing their homes. The falling number of homeowners in mortgage forbearance will also bring about more inventory.

“Despite the decline, housing demand is still strong compared to one year ago, evidenced by home sales from this January to April, which are up 20% compared to 2020,” Yun continued. “The additional supply projected for the market should cool down the torrid pace of price appreciation later in the year.”

Total housing inventory at the end of April amounted to 1.16 million units, up 10.5% from March’s inventory and down 20.5% from one year ago (1.46 million). Unsold inventory sits at a 2.4-month supply at the current sales pace, slightly up from March’s 2.1-month supply and down from the 4.0-month supply recorded in April 2020. These numbers continue to represent near-record lows. NAR first began tracking the single-family home supply in 1982.

“First-time buyers in particular are having trouble securing that first home for a multitude of reasons, including not enough affordable properties, competition with cash buyers and properties leaving the market at such a rapid pace,” Yun said.

Distressed sales – foreclosures and short sales – represented less than 1% of sales in April, equal to March’s percentage but down from 3% in April 2020. 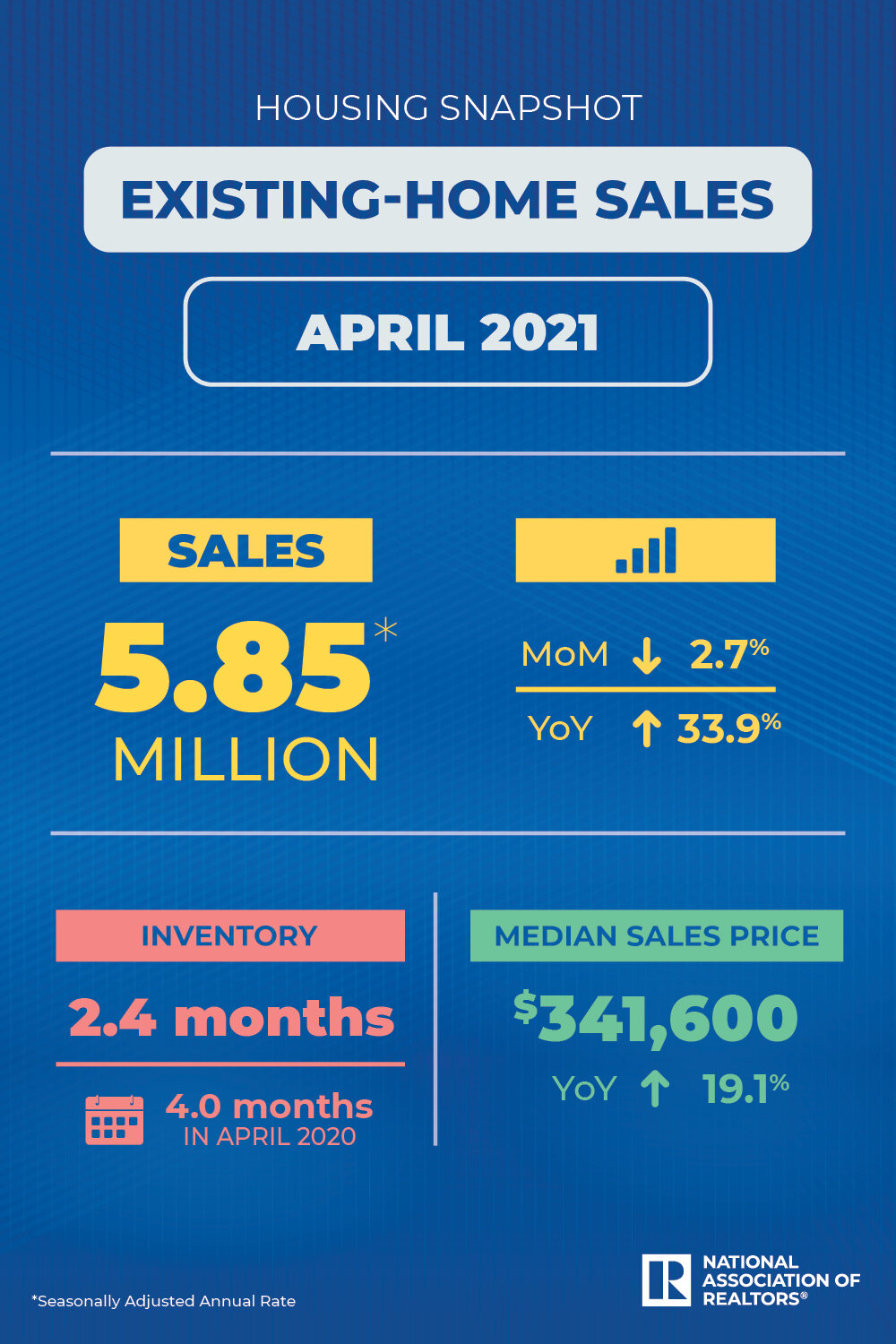 Kawasaki Motors Manufacturing Corp., U.S.A. will expand its operations in Missouri by opening a manufacturing facility in Boonville and creating more than 270 new jobs in the area. The new facility … END_OF_DOCUMENT_TOKEN_TO_BE_REPLACED

Swift Prepared Foods cuts the ribbon on a new bacon facility in Moberly, Missouri. The company invested $68 million in this facility and is currently building a $185 million meat facility in Columbia, … END_OF_DOCUMENT_TOKEN_TO_BE_REPLACED

Schnuck Markets Inc. plans to open its 112th store March 23 in Columbia, Mo., which will be the fourth mid-Missouri location, joining two others in Columbia and one in Jefferson City. The new store … END_OF_DOCUMENT_TOKEN_TO_BE_REPLACED