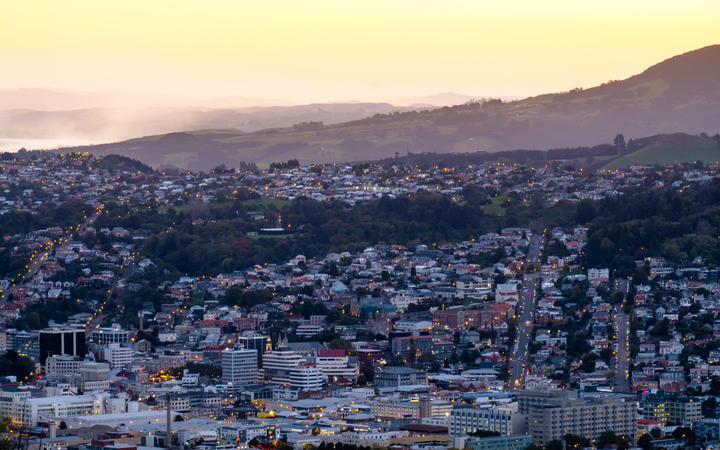 By Riley Kennedy for the Otago Daily Times

Home ownership is fast becoming one of the most controversial small talk topics. Otago’s median house price has ballooned over the past couple of years, so is owning a home still a possibility? Otago Daily Times Business reporter Riley Kennedy talks to two people on either side of Otago’s property market.

A sunset over the hills behind Dunedin.
Photo: 123RF

“The number of houses sold for more than $3 million in the Queenstown Lakes area has gone through the roof.”

“Dunedin has bucked the nationwide trend for the number of properties listed for sale last month, CoreLogic says.”

“Central Otago and Queenstown Lakes have overtaken Auckland as the most expensive region to buy property, new industry data shows.”

Those were among stories about property appearing in the Otago Daily Times over the past month.

Traditionally, home ownership is something many younger people try to achieve but as more and more headlines point to prices rising and stocks dropping, are the hopes of being a homeowner are diminishing?

Joseph Potter believed they were.

The 43-year-old public servant from Dunedin had eight offers declined over a four-month period last year – a process that left him feeling “bloody exhausted”.

“It feels like being rejected. I know it shouldn’t, but it does. But all it is … someone has just put more money than you.

“It is just stressful,” he said.

Potter believed having an offer declined took an emotional toll on someone as well.

“It is like when you put in a job application or when you ask someone to go out with you. The whole point is that you are waiting for that thing you want to happen to happen, and then you get that phone call, it is like a psychological punch,” he said.

Previously, homeowners would have been able to get a builder’s report done on the property before making an offer but Mr Potter said the sheer number of people showing interest in a home when it was on the market did not make that possible anymore.

“You have to go in committing to all or nothing, hell or high water.

“As a potential homeowner nowadays, you can’t rely on those safety nets. You are either in or out,” he said. 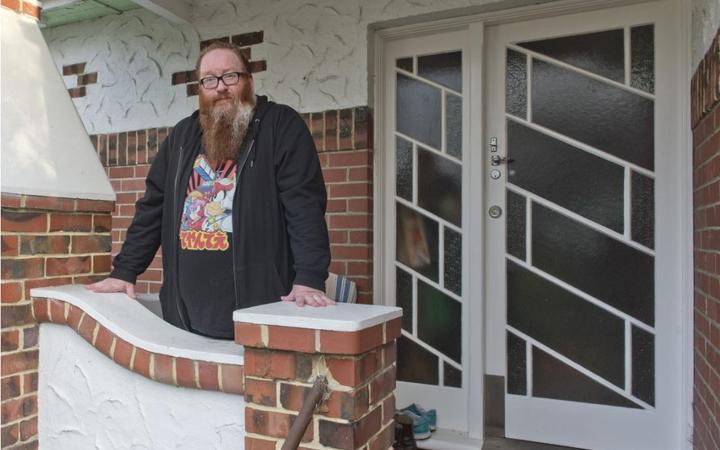 Dunedin man Joseph Potter has had eight offers on homes rejected and now he is not sure if he will ever get a house.
Photo: ODT / Gerard O’Brien

For three of his offers on homes, Potter, “a bit naively” put in a clause that meant the sale would be subject to due diligence.

“I found out after that it pretty much poisoned those offers,” he said.

Potter was seeking his own place – “just something for me”.

“Ideally, a two-bedroom home, something comfortable, a bit of a section and I may have been asking a lot. I did wonder that.

“I just wanted my own spot, my own digs,” he said.

Originally, his bank approved a mortgage on a home worth $400,000, but it quickly became apparent that it was not going to be enough in the Dunedin market.

One house Potter had his eye on, in Roebuck Rise, Broad Bay, was valued at $440,000, over his mortgage limit.

Potter spoke to the bank and got his mortgage bumped up to $440,000 and made the offer.

“It was a great house, views of the harbour, just beautiful, plenty of open space but it went for $480,000.

Potter was using the government’s first-home buyers grant which is capped at houses valued at $425,000 in Dunedin.

The scheme gives first-home buyers, or a previous home owner who had been making regular KiwiSaver contribution for between three and five years, a grant for their home of up to $10,000, depending on income.

Dunedin’s median house price was over $600,000 and that made it difficult for Potter to use the grant on Dunedin homes.

Putting together the first offer was “terrifying,” Potter said.

Just before Christmas last year, Potter made his eighth offer on a home, which again was rejected.

“I just lost it, I couldn’t do anything more,” he said.

Potter thought over the four-month period, he probably went to over 30 open homes.

“Once I had an offer rejected, I was straight back into looking for open homes.

“The hardest part was trying to map them all out to get to as many as I could when they were all open,” he said.

Potter would see the same familiar faces at open homes each time.

“You would follow each other round, help them park, it sort of became a bit of a community.

Since his last offer was rejected late last year, Potter has not tried again.

Signing up to a new rental agreement and issues with South Dunedin’s insurance on flood-prone areas have put him off trying again for the time being.

In December last year, Deep South Challenge published a report that said thousands of Dunedin homes could face soaring insurance premiums – or even have cover pulled altogether – within 15 years.

“That, along with the ever-increasing, median house price and the no movement on the first-home owners grant, I can’t see myself getting in any time soon,” Potter said.

Predictions of rising interest rates on mortgages was also a factor, he said.

Buying a house with a friend was also an option but something Potter did not really want to have to do.

“It is not because I don’t want to do it with them, it is a big thing to put on a friendship.

“Signing up to a 20-year mortgage with someone and if something went wrong, it is just a bit of a risk.

“My family have been great support as well,” he said.

On the other side of the property market, John Dow has completed the housing cycle.

He began investing in property in Dunedin in the 1980s, buying student flats in North Dunedin.

Dow started off with two two-bedroom flats, but a wall went up in both to make them three bedrooms.

Back then, there was a “claw-back tax” which meant home owners had to own their properties for more than 10 years to avoid paying tax on them.

In 1993, Dow and his wife, Christine, sold his North Dunedin properties and moved to Wanaka.

“After New Zealand Valuation sold out to Quotable Value (QV) value, we thought there wasn’t anything here for us now,” he said.

A sharemarket crash at the same time meant properties and sections were going cheaper than usual.

When the couple moved to Wanaka, they bought one home but quickly scaled up to five.

Mortgages were secured privately but they had 1 percent extra in interest.

“We decided to keep right out of the bank. We did not want to do it that way,” he said.

They owned the houses for more than 20 years until they were debt-free.

Being a landlord was a tough game, Dow said.

“Boy, can I tell you some stories.

“We only ever had one tenant lose his four weeks bond and he was a business owner in Wanaka,” he said.

There was never any shortage of demand for rentals, as skifields kept the town going in the winter and people looking for a summer getaway.

“We had all sorts, helicopter pilots, tourists, skiers. By and large, everyone respected our properties but there were some that were ruined.

“We had some good tenants but we had some terrible ones as well,” he said.

On one occasion, Dow was called by a tenant to tell him there had been a fire in the house.

A rack in front of a log fire had caught fire, which jumped over to the curtain.

“We did an insurance job for that but that was the worst incident,” he said.

Dow saw a noticeable change in property prices in Wanaka over that time.

“Our house here in Mosgiel is only worth what our section is worth in Wanaka,” he said.

The couple sold their properties in Wanaka five years ago and moved to Mosgiel but still have one home in Wanaka as a holiday home.

Wanaka had changed “massively” over the last 20 years and not for the better. Dow described it as a “flashy hallow”.

“People said it wasn’t going to be another Queenstown but it is starting to be,” he said.

He would not get back into property investing after the government’s legislation change early this year to extend the bright-line test.

“You are not in control of your own destiny anymore, especially with this Labour government, you’d be crazy to own a house now.

The word of the day is "upskill." You'll probably be hearing a lot of it when it comes to employers as they provide additional training for their staff."This is an employee market now," said Christine … END_OF_DOCUMENT_TOKEN_TO_BE_REPLACED

All through his campaign for the presidency, candidate Joe Biden promised as president that he would use every tool at his disposal to curtail private gun ownership. As recently as April, President … END_OF_DOCUMENT_TOKEN_TO_BE_REPLACED

The Sports Castle building in Denver. (Photos courtesy of Non Plus Ultra) A California-based firm is looking to bring life to some of Denver’s more prominent vacant structures, but only for a limited … END_OF_DOCUMENT_TOKEN_TO_BE_REPLACED