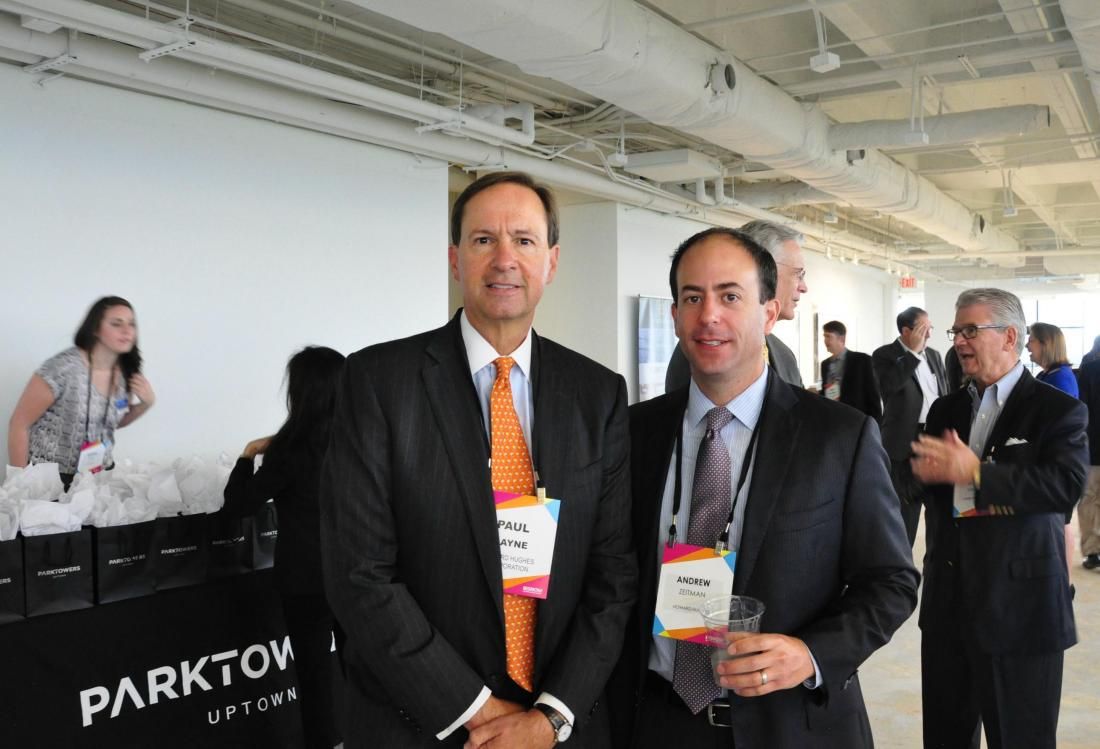 Howard Hughes’ Paul Layne (left) at Bisnow’s State of the Market conference in 2016.

Layne Property Partners, a privately held investment firm, already owns multifamily and retail assets and is under contract for several other multifamily acquisitions, the company said in a press release.

Layne Property Partners is pursuing opportunities in multifamily, office and other institutional assets in strong growth markets. The firm did not say exactly where it is focusing its investment efforts.

Layne joined The Howard Hughes Corp. in 2012 as executive vice president, Master Planned Communities, and became president of the Central Region in 2017.

He was named CEO in October 2019 and oversaw the execution of Howard Hughes Corp.’s transformation plan, which involved shifting focus to its core master-planned communities, selling non-core assets and moving its headquarters from Dallas to Houston.

Layne also oversaw the strategic acquisition of 1.4M SF of office space from Occidental Petroleum in The Woodlands and spearheaded the development of 110 North Wacker, a Class-A tower in Chicago.

In September 2020, Layne retired from his role as CEO and also stepped down from Howard Hughes Corp.’s board of directors. The firm named David O’Reilly as interim CEO.

The word of the day is "upskill." You'll probably be hearing a lot of it when it comes to employers as they provide additional training for their staff."This is an employee market now," said Christine … END_OF_DOCUMENT_TOKEN_TO_BE_REPLACED

All through his campaign for the presidency, candidate Joe Biden promised as president that he would use every tool at his disposal to curtail private gun ownership. As recently as April, President … END_OF_DOCUMENT_TOKEN_TO_BE_REPLACED

The Sports Castle building in Denver. (Photos courtesy of Non Plus Ultra) A California-based firm is looking to bring life to some of Denver’s more prominent vacant structures, but only for a limited … END_OF_DOCUMENT_TOKEN_TO_BE_REPLACED