SALEM, Mo. — A structure just south of Salem, Missouri received damage from a fire but no one was injured and crews worked to rescue fish from the fire, according to the Dent County Fire Protection District.

This photo is courtesy of the Dent County Fire Protection District.

On Sunday, May 16, The Fire Protection District responded to a residence south of Salem for a structure fire.

When crews arrived they found heavy smoke and fire from the rear of the residence. The first crew on scene were able to quickly knockdown and extinguish the fire.

The residence sustained significant fire, smoke and water damage, according to the Fire Protection District. 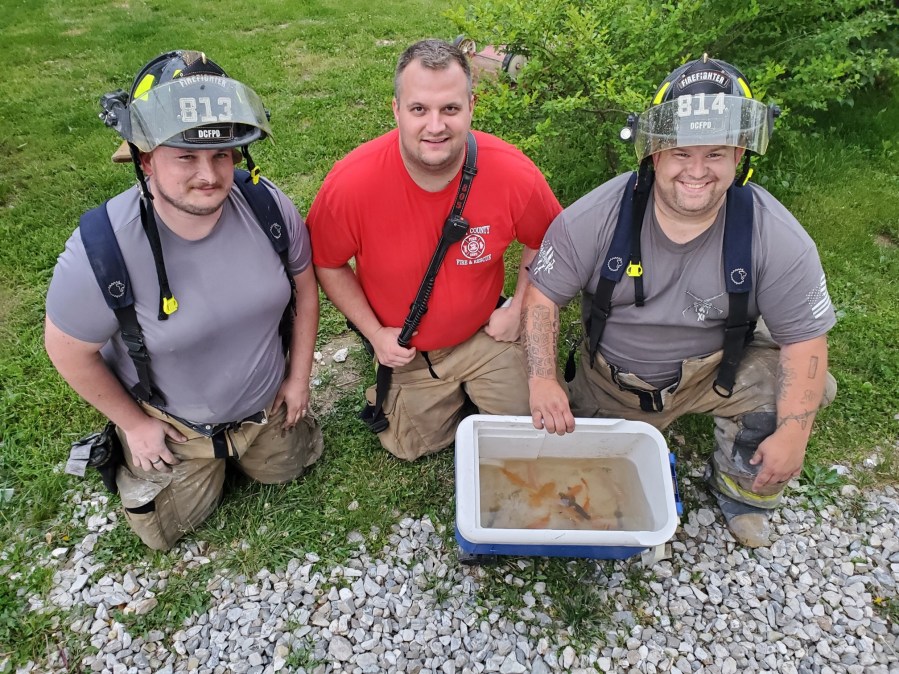 This photo is courtesy of the Dent County Fire Protection District.

Kawasaki Motors Manufacturing Corp., U.S.A. will expand its operations in Missouri by opening a manufacturing facility in Boonville and creating more than 270 new jobs in the area. The new facility … END_OF_DOCUMENT_TOKEN_TO_BE_REPLACED

Swift Prepared Foods cuts the ribbon on a new bacon facility in Moberly, Missouri. The company invested $68 million in this facility and is currently building a $185 million meat facility in Columbia, … END_OF_DOCUMENT_TOKEN_TO_BE_REPLACED

Schnuck Markets Inc. plans to open its 112th store March 23 in Columbia, Mo., which will be the fourth mid-Missouri location, joining two others in Columbia and one in Jefferson City. The new store … END_OF_DOCUMENT_TOKEN_TO_BE_REPLACED