The Federal Housing Finance Agency (FHFA) has released its Q1 2022 Foreclosure Prevention and Refinance Report, as Fannie Mae and Freddie Mac (the GSEs) completed 129,779 foreclosure prevention actions during Q1, raising the total number of homeowners who have been helped to 6,494,057 since the start of conservatorships in 2008.

On September 6, 2008, with the consent of both Fannie Mae’s and Freddie Mac’s Board of Directors, FHFA used its authorities to place each GSE into conservatorship. FHFA established two conservatorships in response to a substantial deterioration in the housing markets that severely damaged each GSE’s financial condition, and left both of them unable to fulfill their missions without government intervention.

Of the foreclosure prevention actions reported overall, the GSEs helped 5,790,354 troubled homeowners remain in their homes, including 2,544,752 permanent loan modifications.

The number of foreclosure starts more than tripled to 20,624, while third-party and foreclosure sales decreased 5% to 3,054 in Q1.

Quarter-over-quarter, initiated forbearance plans decreased to 59,778 in Q1 of 2022, from 72,146 in Q4 of 2021. The total number of loans in forbearance at the end of Q1 was 126,758, representing approximately 0.41% of the total loans serviced, and 23% of the total delinquent loans. In Q1, 6% of modifications were modifications with principal forbearance. Modifications that include reduce rate and extend-term accounted for 72% of all loan modifications during Q1. There were 240 completed short sales and deeds-in-lieu during Q1, bringing the total to 703,703 since the conservatorships of the GSEs began in September 2008.

Today’s jobs report from the Bureau of Labor Statistics (BLS) showed gains in the month of June, totaling 372,000, a slight deceleration from the prior month’s pace. The unemployment rate stood yet again at 3.6% for the fourth consecutive month, and the number of unemployed persons was essentially unchanged at 5.9 million in June.

“In the household survey, the unemployment rate remained at 3.6%, where it has been since March,” said Doug Duncan, Chief Economist at Fannie Mae. “The number of employed households actually fell by 315,000 in June, but we note that the household survey’s smaller sample size relative to the establishment survey makes this figure somewhat more volatile. On the other hand, labor force participation ticked down one-tenth to 62.2% in June; this figure has been notably volatile in recent months and still remains below the pre-pandemic peak, as many workers are still hesitant to return from the sidelines. Wages grew at a 5.1% year-over-year pace in June, down slightly from the prior month, though still a clear indication that firms are looking to hire, and likely exacerbating inflationary pressures in the economy. Finally, we note that residential construction employment (including specialty trade contractors) shrank by 4,100 in June following strong gains in recent months, making it more difficult for builders to fulfill their current orders.” 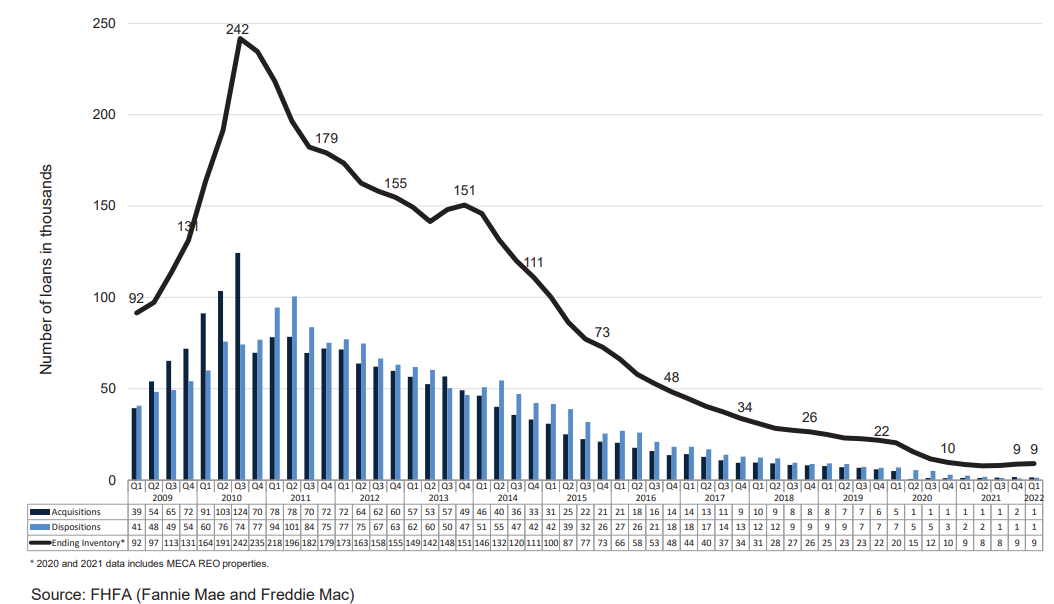 In terms of homeowner savings, the Q1 Foreclosure Prevention and Refinance Report shows that 75% of loan modifications completed in the Q1 reduced borrowers’ monthly payments by more than 20%.

KANSAS CITY, Mo. — While many voters in Kansas have already cast a ballot ahead of next week’s primary on Aug. 2, election officials are working to make sure equipment used to tabulate the votes will … END_OF_DOCUMENT_TOKEN_TO_BE_REPLACED

Gone are the days that loan originators received hefty signing bonuses to crank out refi after refi. But make no mistake, even in a down mortgage market lenders are still dangling signing bonuses to … END_OF_DOCUMENT_TOKEN_TO_BE_REPLACED

Guaranteed Rate is looking to diversify its product mix amid the mortgage downturn. The mortgage lender has rolled out its first personal loan product.Customers can apply for personal loans in 10 … END_OF_DOCUMENT_TOKEN_TO_BE_REPLACED