The Tonsley business says the purchase from the SA Department of Infrastructure and Transport reinforces its commitment to provide innovative software solutions to help create smarter, safer and more sustainable cities.

“We are committed to working with transport authorities to create a smarter future and a better world, and to achieve that, it is critical to have smart software that can collect, analyse and use road data to support operations, road infrastructure planning, better event response and reporting – AddInsight is already the perfect platform to make that happen,” he said.

“Delivering on growing customer demand has underpinned this investment decision. We anticipate that AddInsight will quickly become a key product offering as we accelerate our own customer digital journey and provide software products that can drive innovation and deliver modern-day solutions.”

First developed in 2012, AddInsight captures and analyses data on travel times between any two points where beacons are installed on the road network.

While AddInsight is already utilised by all Australian and some New Zealand road authorities to monitor traffic congestion, Fahey predicts interest in the software for other applications.

“We are confident that our investment will see AddInsight become a cornerstone product within our Smart Cities and Transport offering and it is now time to utilise our own experience and technical expertise to take AddInsight to the new level of its development,” he said.

“TilliT will be a standalone organization within the SAGE Group, bringing together two existing software products – TilliT Digital Operations and the Ailytic AI Scheduler to enable us to continue focus on the development of smart manufacturing solutions,” Fahey said. 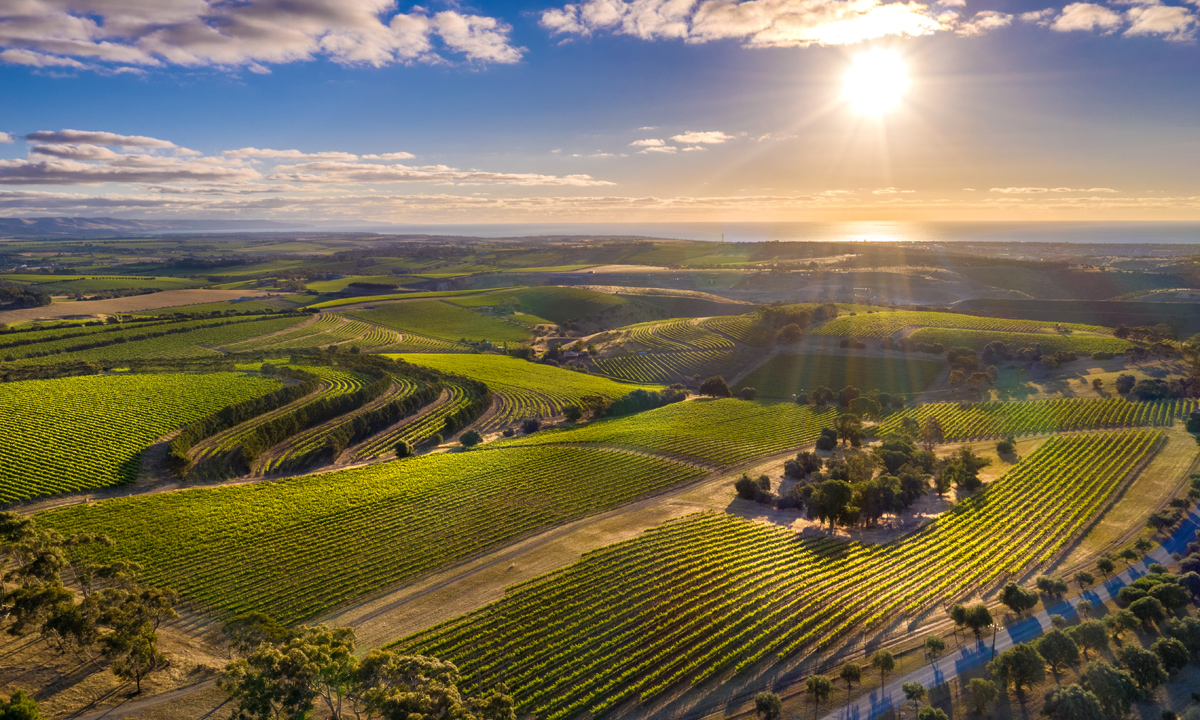 Thirty McLaren Vale vineyards have been certified under the national sustainability program so far this year, further strengthening the wine region’s claim to be Australia’s greenest.

Over the past six months, 850 hectares of additional vineyard area has been independently audited and certified in Australia’s national sustainability program for growers and producers, Sustainable Winegrowing Australia.

The grant project initially aimed to certify 10 vineyards but overwhelming interest led to an extra 20 vineyard sites being included in the project.

About 60 per cent of the Vale’s 7324ha of vineyards have now been certified under the Sustainable Winegrowing Program, compared with a national average of just 26 per cent.

“As a region, we are committed to supporting our businesses and region to thrive sustainably, now and into the future,” she said. 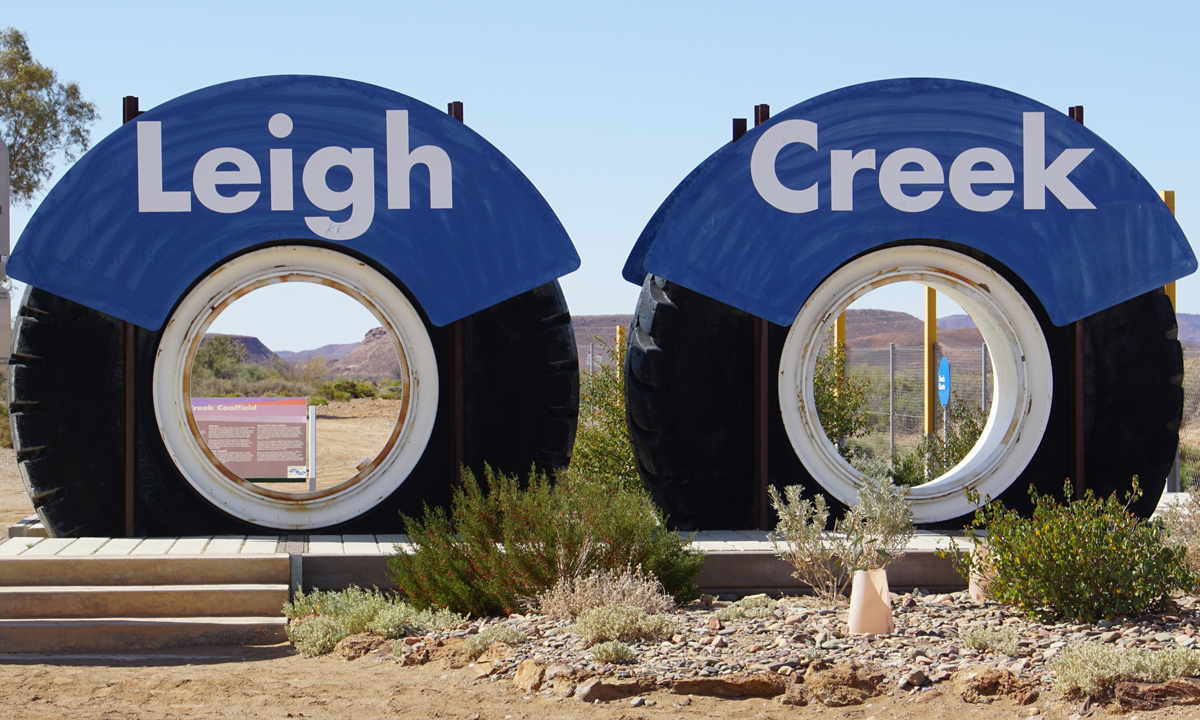 The company behind a project to use syngas from the decommissioned Leigh Creek coal mine to make agricultural fertiliser claims the $2.6 billion project will create up to 2500 jobs.

In a statement released on Friday, it said the project would create 1500-2000 jobs during construction and up to 500 ongoing positions.

However, it relies on a final investment decision by the company towards the end of 2022 before about 18 months of construction can commence.

The project, 550km north of Adelaide, aims to become the largest underground coal gasification site in Australia and a globally significant producer of nitrogen-based fertiliser for agriculture.

Leigh Creek Energy will use unconventional technology – banned in Queensland and Scotland – to extract syngas from beneath the ground at the former coalfield. Syngas is a mixture of carbon monoxide, carbon dioxide, methane, hydrogen and other elements.

The publicly listed company last month raised $18 million to fund Stage 1 of the project to advance it towards the commercial production of syngas to initially be used to create power that can be sold on the national grid.

The larger Stage 2 part of the $2.6 billion project involves increasing gas production, a larger power plant and the construction of the processing plant to convert syngas into urea fertiliser, initially producing one million tonnes per year.

“We make use of the locally available gas to help produce the urea fertiliser and are able to go to market with a product produced at a cost that compares to the very lowest available globally,” he said.

“The result is a sustainable, long-term venture that grows jobs, benefits South Australian outback communities and helps meet an enormous agricultural demand both here and overseas.”

Global company Noumed Pharmaceutical has chosen Adelaide as the location for its first Australian manufacturing plant – with the company to begin construction on an $85 million facility in Salisbury South later this year.

The UK-based company currently manufactures prescription and over-the-counter medicines from its facility in Maidenhead about 50 kilometres west of London.

Noumed says its Australian expansion is focused on developing intellectual property, investing in research and development, and manufacturing key commodity products with a “primary focus [on] supporting the Australian market and [a] secondary focus on exporting product”.

Get InDaily in your inbox. Daily. The best local news every workday at lunch time.

Thanks for signing up to the InDaily newsletter.

Building work on the Salisbury South plant is due to start later this year with the federal government expecting 250 construction jobs to be created along with a further 180 ongoing jobs once the plant is operational in 2025.

“South Australia has a proven track record of attracting global companies and it’s no coincidence that a global pharmaceutical company like Noumed has chosen South Australia for the site of its first Australian manufacturing facility,” Birmingham said.

The manufacturing project is receiving $20 million in funding from the federal government’s $1.3 billion Modern Manufacturing Initiative.

“The pandemic has shown us how easily global supply chains can be interrupted, which is why we’re backing manufacturing projects that will boost our sovereign capability to produce critical products such as pharmaceuticals,” Birmingham said.

The company estimates around 40 million units of pharmaceutical tablets and liquids will be manufactured onshore in Australia once the Adelaide plant is operational.

Adelaide nanosatellite manufacturer Fleet Space Technologies has launched its sixth nanosatellite, Centauri 4, aboard SpaceX’s Falcon 9, which it says is the world’s most advanced nanosatellite payload yet.

Launched earlier this month, C4 is only the size of a shoebox and includes lightweight beam-steering antenna, Artificial Intelligence-driven computer server and satellite modem, all designed in-house by the Beverley-based Fleet team.

The company says the features will help transform the ability of worldwide industry to manage and control remote assets in real-time, through the IoT communications payload onboard, and connect thousands of sensors monitoring critical infrastructure across the world, 24 hours a day.

“This usually takes weeks if not up to a month, so to achieve this in only a few hours, I am blown away.”

Launched from Cape Canaveral, Florida, Centauri 4 was one of 88 government, military and commercial satellites released at 525km into Low Earth Orbit (LEO) on the “Transporter-2” mission, pushed toward a sun-synchronous, pole-to-pole Earth orbit.

Fleet Space says now that it has the ability to shape and steer multiple beams in their nanosatellites and therefore reduce interference, it can perform more work, transfer more data and do it in flexible and secure ways never before possible at this scale.

“This sovereign capability in communication from space in small satellites has already attracted the attention of key world players including the defence community, since bringing digital beamforming to LEO,” the company said in a statement.

“This has positioned both Fleet Space and Australia at the front of providing incredible innovative communications technologies from space.”

Media diversity is under threat in Australia – nowhere more so than in South Australia. The state needs more than one voice to guide it forward and you can help with a donation of any size to InDaily. Your contribution goes directly to helping our journalists uncover the facts. Please click below to help  InDaily continue to uncover the facts.

The word of the day is "upskill." You'll probably be hearing a lot of it when it comes to employers as they provide additional training for their staff."This is an employee market now," said Christine … END_OF_DOCUMENT_TOKEN_TO_BE_REPLACED

All through his campaign for the presidency, candidate Joe Biden promised as president that he would use every tool at his disposal to curtail private gun ownership. As recently as April, President … END_OF_DOCUMENT_TOKEN_TO_BE_REPLACED

The Sports Castle building in Denver. (Photos courtesy of Non Plus Ultra) A California-based firm is looking to bring life to some of Denver’s more prominent vacant structures, but only for a limited … END_OF_DOCUMENT_TOKEN_TO_BE_REPLACED