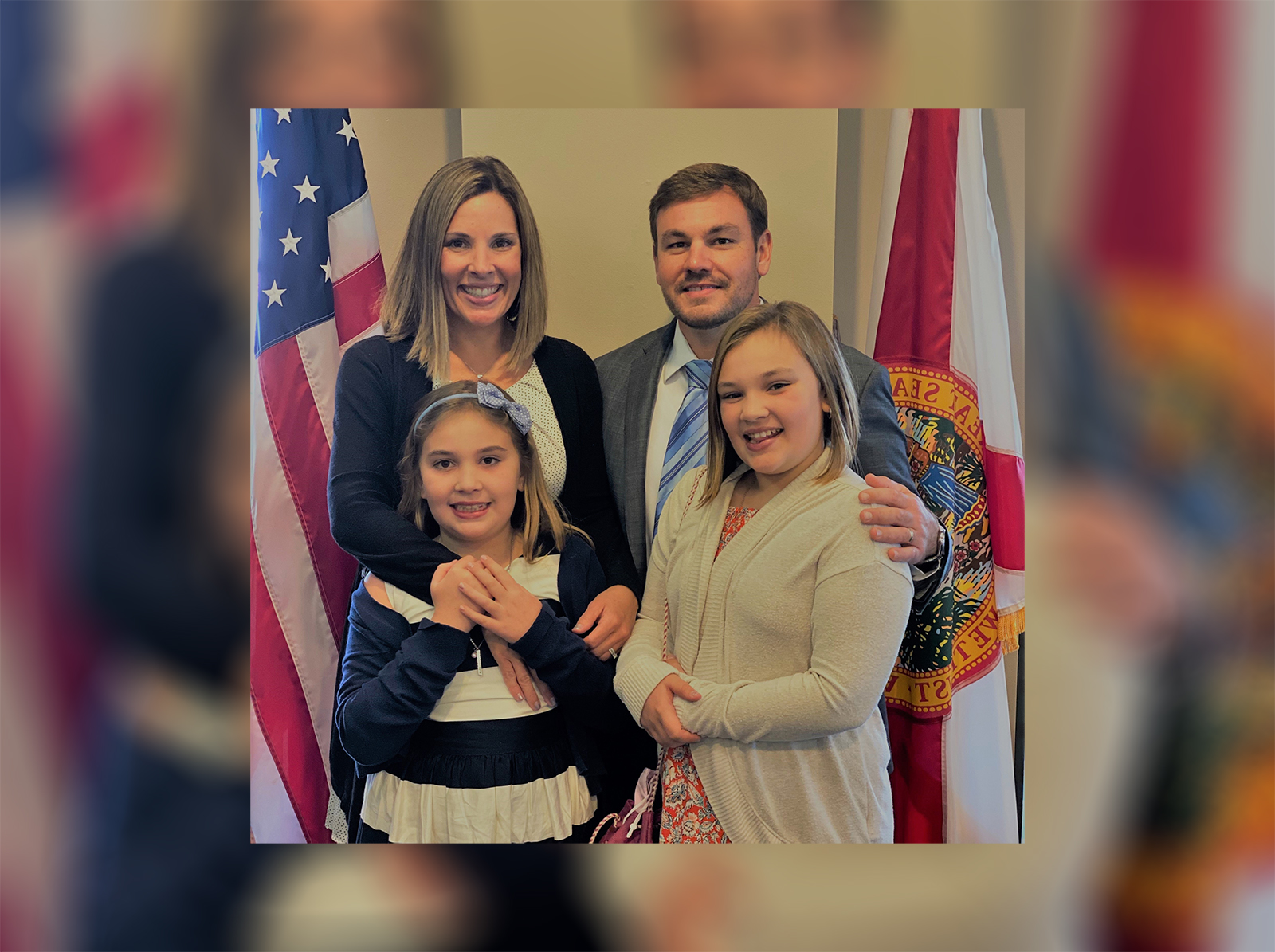 Pinellas County Sheriff Bob Gualtieri is throwing his weight behind Adam Anderson just one day after the Republican announced his bid to succeed House Speaker Chris Sprowls in HD 65.

“There is no more important role of an elected leader than keeping the community they represent safe. I support Adam Anderson for the State House because I know he’ll do everything in his power to support the mission of law enforcement and prioritize public safety,” Gualtieri said. “Adam is an ardent supporter of our law enforcement   community, and I’m pleased to endorse him to represent North Pinellas county in Tallahassee.”

On Thursday, Anderson became the first Republican to file for the HD 65 seat, joining Democrat Kelly Lynn Johnson. With plenty of time for Anderson to draw a Primary challenger, Gualtieri’s early endorsement hints the GOP may be coalescing around his candidacy and rounding up establishment support before other players jump in.

Gualtieri has served for more than a decade and is a top name in politics locally and statewide. Gualtieri, named Sheriff of the Year by the National Sheriff’s Association in 2019, is also a former head of the Florida Sheriff’s Association and led efforts to increase school safety in the aftermath of the Parkland school shooting. While he’s known as a conservative, Gualtieri is renowned for his ability to transcend partisanship, most recently serving as a calming voice in the county’s battle against the COVID-19 pandemic, a reputation that could garner support from moderates across the aisle.

“It’s incredibly special to count Sheriff Gualtieri among those who have faith and confidence in our campaign’s vision for the state. Support for our men and women in law enforcement is a cornerstone of my candidacy, and I will work tirelessly to spread our pro-law enforcement message to every corner of the district and live up to the faith Sheriff Gualtieri has in this campaign,” Anderson said.

Anderson is married with three children. His youngest, Andrew, was diagnosed with Tay Sachs Disease, an ultrarare fatal genetic disorder with only 16 cases annually nationwide, and passed away at just 4 years old.

Since then, Anderson and his family have been active in advancing research in rare diseases through the Cure Tay Sachs Foundation and their AJ Anderson Foundation. Anderson worked with Sprowls to create Tay Sachs Awareness Day in Florida on Aug. 10, Andrew’s birthday.

Anderson lives in Palm Harbor with his wife and two surviving daughters and is active in the family’s church, Harborside Christian, where his daughters lead the children’s worship service.

The word of the day is "upskill." You'll probably be hearing a lot of it when it comes to employers as they provide additional training for their staff."This is an employee market now," said Christine … END_OF_DOCUMENT_TOKEN_TO_BE_REPLACED

All through his campaign for the presidency, candidate Joe Biden promised as president that he would use every tool at his disposal to curtail private gun ownership. As recently as April, President … END_OF_DOCUMENT_TOKEN_TO_BE_REPLACED

The Sports Castle building in Denver. (Photos courtesy of Non Plus Ultra) A California-based firm is looking to bring life to some of Denver’s more prominent vacant structures, but only for a limited … END_OF_DOCUMENT_TOKEN_TO_BE_REPLACED