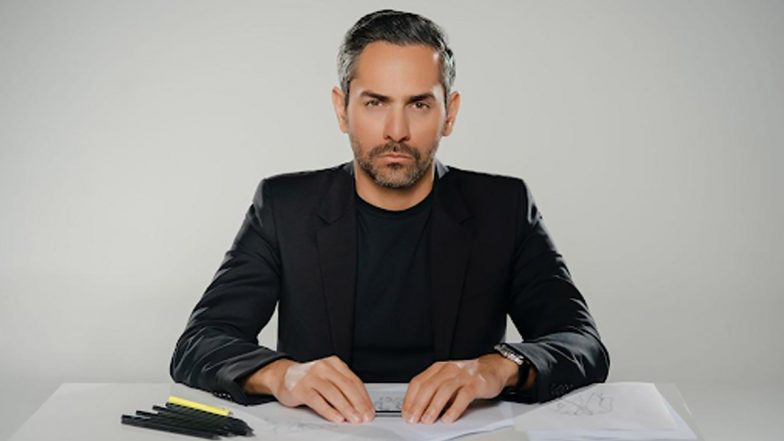 Behnood Javaherpour is a powerhouse of a creator who is making his unique name a rare gem in the world of fashion, art and business. He is a goal-driven and passionate 35-year-old man who has completely immersed himself in the world of art and now is reigning as a successful fashion designer, art curator, and also philanthropist. His charm comes off in his work and people are compelled by the creativeness which he possesses.

Sure he was born into luxury but he has never let it define him. He has paved his own way and has walked gracefully by successfully owing to his art. Only a handful of people manage to rule their respective industries. They have gone ahead in creating milestones in whatever they have chosen to do in their lives and careers. His pure passion, combined with his creative skills in the world of fashion and art, is the primary reason why he is at the industry’s forefront.

Behnood Javaherpour is all about fashion and much more, who confesses he hardly got any assistance from his family. The independent version of him is very much evident by the actions he has taken in his journey to success. Instead, he chose to develop great friendships and rely on his passion which proved to be a strong resolve to make it huge in his career and lead him to become a fabric broker. Behnood was born in Iran and grew up between Italy and Paris. The fire in him he felt for the world of art can be attributed to his parents, where his father was already into designing and production of camping equipment, whereas his mother was an antique dealer, also involved in the textile world.

Things started looking bright for Behnood at a very young age of 15, where he discovered a way to trade fabric from Italy to Iran and across the UAE. This led him to persuade a producer to sell him €25,000 worth of fabric for an Iranian client. Since then, there was no looking back as he had discovered his passion and now has become a big name in the world of fashion and art. He has been making his mark in the business world as well, having nine companies under his belt, where he manages the position of the Chief Executive, which includes art dealership, property investing and also his clothing line, which he considers his passion.

The kind of contacts he developed overtime the period has helped him make his fashion brand more attractive and recognition. Behnood today spearheads his clothing brand named ‘Behnoode’ and his art museum named ‘Behnoode Foundation’.

The word of the day is "upskill." You'll probably be hearing a lot of it when it comes to employers as they provide additional training for their staff."This is an employee market now," said Christine … END_OF_DOCUMENT_TOKEN_TO_BE_REPLACED

All through his campaign for the presidency, candidate Joe Biden promised as president that he would use every tool at his disposal to curtail private gun ownership. As recently as April, President … END_OF_DOCUMENT_TOKEN_TO_BE_REPLACED

The Sports Castle building in Denver. (Photos courtesy of Non Plus Ultra) A California-based firm is looking to bring life to some of Denver’s more prominent vacant structures, but only for a limited … END_OF_DOCUMENT_TOKEN_TO_BE_REPLACED