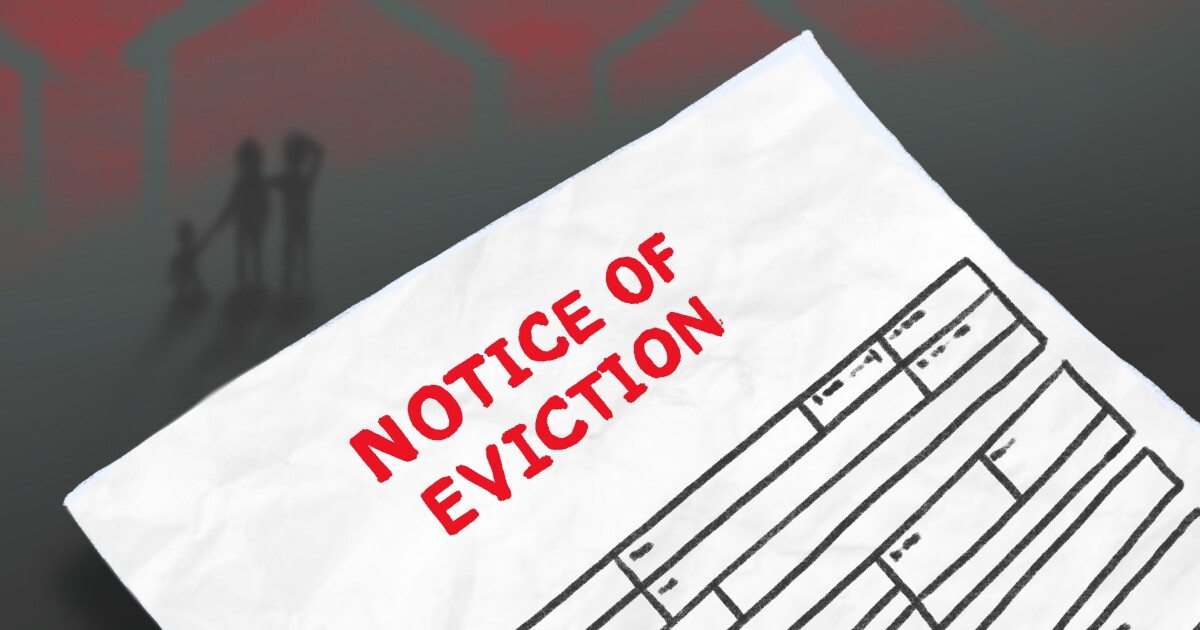 At least once a day, housing advocate Melissa Pashia speaks to someone who is living in a car.

Once the situation gets to this point, it’s hard to get people back into stable housing, said Pashia, a housing resource specialist for the Metropolitan St. Louis Equal Housing and Opportunity Council.

“Landlords don’t want to rent to someone staying in their cars,” she said. “Without relocation assistance or transitional housing, then it’s going to be a long time for someone to rent to them.”

Many of the people Pashia hears from never experienced this kind of housing instability before the pandemic. And things could get much worse any day.

Earlier this month, a federal judge struck down the pandemic eviction moratorium put in place by the Centers for Disease Control and Prevention, and it sent a ripple of dread throughout Pashia’s organization — and many like it across the country.

“It was just a glimpse of what was ahead,” said Lee Camp, an attorney for the nonprofit law firm ArchCity Defenders who represents homeless clients. “For a moment, we all knew what it will feel like eventually, when we don’t have these protections. Families are going to be displaced, and they’re going to be displaced into the street.”

Within a day, the U.S. Department of Justice had appealed on behalf of the CDC, keeping the moratorium in place for now. The decision now is in the hands of the three judges who make the appellate court panel.

And while the moratorium is on shaky legal ground, the federal Consumer Financial Protection Bureau issued an interim final rule in April that actually strengthens the eviction moratorium. The bureau is now requiring debt collectors — or landlords — to provide written notice to tenants about their rights under the eviction moratorium. Previously, it was up to the tenants to figure out their rights under the federal mandate.

What the federal legal battle means to people on the ground, like Pashia and Camp, is that the race to get federal COVID-relief housing assistance out to families has become much more urgent.

In January, legislators tasked the Missouri Housing Development Commission with administering more than $300 million in emergency rental assistance, part of the COVID relief package that Congress passed in December.

Given the need and impending housing crisis, that is an “unacceptably low,” said Sarah Owsley, director of policy and advocacy for Empower Missouri.

“Processing 700 applications a week wouldn’t surprise me, but I’m not sure why we’re sitting at two months with that number,” Owsley said.

Missouri Housing Development Commission Director Kip Stetzler faced tough questions in January from legislators about how the state agency will be able to get this money out the door quickly. Before the onset of the pandemic, the commission administered only about $3 million of housing assistance a year.

“That’s exponential growth in a very small amount of time,” House Budget Committee Chairman Cody Smith, R-Carthage, said at the time. “It makes me a little nervous about the deployment of these resources.”

However, Smith and other Republicans also said they didn’t think it would be prudent for the commission to take more than a 2.5-percent administrative cut of the total in order to add manpower. The federal government says up to 10 percent could be used, and some officials say that’s the bare minimum necessary to process the applications.

The commission has brought on six new staff members “to aid in the administration of the various stimulus funds,” a spokesman said, and they are contracting with Customer Direct out of St. Louis to assist with the application review process.

“If an application requires corrections, that can delay the processing time,” said Brian Vollenweider, public information administrator for the commission, “but currently it takes about 14 days from submission to final approval.”

Each of these counties have set up their own application process. Greene County started taking in applications the second week of March. But unlike other places around the state, they have case managers who work through the applications in person, instead of online.

As of May 11, they’ve completed 618 face-to-face appointments, and distributed 506 awards totaling $1.2 million. And checks often go out the same week as the appointments.

“We felt it was best to take an approach of having an expert who knew the program sit down and help applicants fill out the application, instead of asking them to learn about the program and fill it out online,” said Jeffrey Scott, budget director of Greene County.

In Kansas City, $1.6 million in rental and utility assistance has been distributed to families since the city’s application opened the first week of March.

St. Louis County opened its application up on April 5. As of May 14, nearly 2,700 people have applied — but no one has received any funding, according to the county’s dashboard. It shows that 19 payments are pending.

Yusef Scoggin, director of the Office of Family & Community Services in St. Louis County, said payment takes about 30 days to get into people’s hands after the application is complete. They hope this window will narrow soon.

However, Pashia said this timeframe has not been communicated well with the landlords, who expected funding to come within two weeks after the application was completed. Many people applied right when the application opened on April 5, she said, and they still haven’t received the money.

On April 1, the state opened up its application to everyone in the state. St. Louis city is now directing all of its residents to the state application. The $9 million the city received in federal funding is going to help those facing evictions and to the 1,500 people who applied for CARES Act rental assistance last year but didn’t receive the aid because money ran out in December.

In the city, approximately 500 residents are in court with their landlord, going through the eviction process, according to the mayor’s spokesman.

The city is the only municipality that still has a local moratorium in place, but not for much longer. It expires May 31, and the court order allows for the evictions to phase in —starting with the people who received eviction judgements before March 1.

At the end of April, St. Louis County Council passed a bill to uphold the county’s moratorium until June 30, but the council doesn’t have control over the circuit court. The county’s presiding judge issued an order directing the sheriff’s office and its employees to “continue refraining from executing any residential evictions whenever a CDC Eviction Moratorium Declaration form has been completed and proof thereof has been provided.”

The elected officials have also seen what is on the horizon, which is a homeless crisis that is sure to overwhelm the region’s already taxed shelters, advocates say.

“The shelter system is not prepared to handle this many evictions at once,” said Saul Glist, a tenant advocate with the Metropolitan St. Louis Equal Housing and Opportunity Council. “We have 12 months of evictions backed up. That’s not what our homeless services were designed for.”

The word of the day is "upskill." You'll probably be hearing a lot of it when it comes to employers as they provide additional training for their staff."This is an employee market now," said Christine … END_OF_DOCUMENT_TOKEN_TO_BE_REPLACED

All through his campaign for the presidency, candidate Joe Biden promised as president that he would use every tool at his disposal to curtail private gun ownership. As recently as April, President … END_OF_DOCUMENT_TOKEN_TO_BE_REPLACED

The Sports Castle building in Denver. (Photos courtesy of Non Plus Ultra) A California-based firm is looking to bring life to some of Denver’s more prominent vacant structures, but only for a limited … END_OF_DOCUMENT_TOKEN_TO_BE_REPLACED