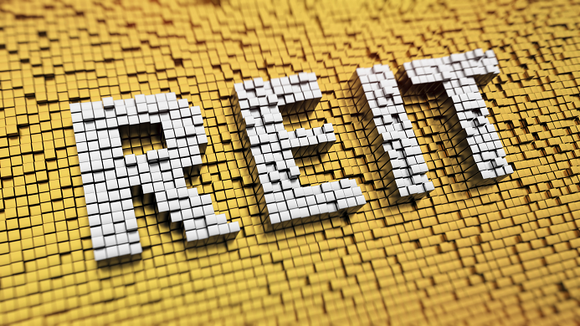 Real estate has been one of the best-performing sectors of the stock market recently, and it isn’t hard to understand why. Many real estate investment trusts (REITs) stand to benefit tremendously from the economic reopening in the United States — after all, most forms of commercial real estate exist for the purpose of people physically going places. Not only that, but real estate is a sector that is naturally hedged against inflation. In inflationary environments, REITs can simply choose to raise their rents.

Although REITs as a whole have performed very well recently, there are some that could still have tons of upside potential as reopening continues and the year goes on. Here are three in particular that look interesting right now.

A quiet beneficiary of the meme stock craze

If you’ve followed the financial news at all recently, you’ve probably seen headlines about so-called “meme stocks” like GameStop (NYSE: GME) and AMC Entertainment (NYSE: AMC). In fact, AMC more than doubled in a single day just before I wrote this.

However, one REIT that could be a big beneficiary of the meme stock craze is EPR Properties (NYSE: EPR). If you aren’t familiar, EPR Properties invests in entertainment properties, such as ski resorts, water parks, golf attractions, and yes — movie theaters. And AMC just so happens to be EPR’s biggest tenant.

EPR’s stock got crushed at the start of the pandemic, and questions about AMC’s future viability are a big reason. In fact, EPR was so worried about AMC’s financial position that it started to account for its rental revenue differently in mid-2020 and wrote off all receivables from the theater operator.

However, the recent activity has allowed AMC to raise billions in new capital at extremely favorable valuations, plus people are finally starting to return to theaters in large numbers. In short, there’s now little doubt that AMC will be just fine. With EPR shares still trading for about 24% less than at the beginning of 2020, there could be lots of room to the upside as the reopening continues.

One of the last parts of the economy to normalize

We’re finally starting to see people travel again, which is great news for hotel REITs. In fact, we learned that Memorial Day weekend was the busiest for air travel since before the pandemic started, and by a wide margin.

However, most of the travel we’re seeing is for leisure purposes, such as people taking vacations or visiting friends and family. Business travel — specifically for large gatherings — is still not happening much.

This could be a major catalyst for Ryman Hospitality Properties (NYSE: RHP) later this year, as pent-up demand has already led to 1.6 million rebooked room nights for the group-focused operator of the Gaylord hotels. Its hotels are operating at a fraction of their pre-pandemic capacity right now, but that could change dramatically in the coming months. And with shares still well below their pre-COVID valuation, investors who add Ryman to their portfolio now could be handsomely rewarded.

As people start traveling, this REIT could have tons of upside

Last but not least, Outfront Media (NYSE: OUT) is a REIT that owns and operates outdoor advertising, specifically billboards and transit system advertising faces. For example, if you’ve ever seen one of those ads on the wall of the New York City subway system, there’s a good chance Outfront Media put it there.

Not surprisingly, many advertisers pumped the brakes on outdoor ad spending because of the pandemic. After all, when there are fewer cars on the road and almost nobody using public transportation, why would you want to spend money to get your message in those venues? Transit advertising has been especially hard-hit, with Outfront’s transit system revenue down 67% year over year in the first quarter.

However, the surge in travel demand and general reopening of the economy could create a massive boost in outdoor advertising spending, and Outfront Media could be a major beneficiary.

All three of these REITs have performed quite well in 2021 so far but could still have quite a ways to go as the economy roars back to life. As is the case with most REITs, these are intended as long-term investments, but this could be a great time to add them to your portfolio as the pandemic winds down.

The word of the day is "upskill." You'll probably be hearing a lot of it when it comes to employers as they provide additional training for their staff."This is an employee market now," said Christine … END_OF_DOCUMENT_TOKEN_TO_BE_REPLACED

All through his campaign for the presidency, candidate Joe Biden promised as president that he would use every tool at his disposal to curtail private gun ownership. As recently as April, President … END_OF_DOCUMENT_TOKEN_TO_BE_REPLACED

The Sports Castle building in Denver. (Photos courtesy of Non Plus Ultra) A California-based firm is looking to bring life to some of Denver’s more prominent vacant structures, but only for a limited … END_OF_DOCUMENT_TOKEN_TO_BE_REPLACED